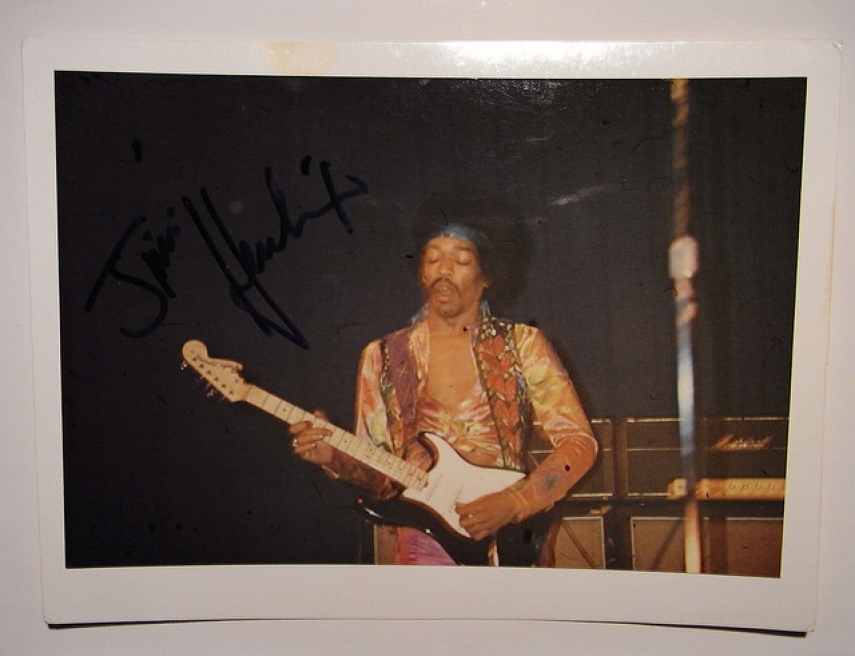 A rare exhibition featuring unique artwork by late US musician  Jimi Hendrix will showcase in Riga next week.

The exhibition entitled The Renaissance of Jimi Hendrix will open at the Museum of Pacific and Oceanic Arts in Vilandes Iela 16 on December 12.

Jimi Hendrix, born Johnny Allen Hendrix, was an American singer, guitar player, and song writer. Widely recognized as one of the most creative and influential musicians of the 20th century, Hendrix pioneered the explosive potential of the electric guitar. His innovative style of combining fuzz, feedback, and controlled distortion created a new musical form.

He was born on November 27, 1942, in Seattle's King County Hospital. His parents were traveling vaudeville performers from Vancouver. Jimi's mother died when he was 15, and he bought his first guitar for five dollars.

However, before he became a musician, as a child, he spent a lot of time sketching and coloring, but after buying a guitar, visual arts took a back seat in his daily routine.

It wasn’t until Jimi became a rock star that he rekindled his interest in drawing and painting. His approach to surrealism and the psychedelic provides the viewer with a glimpse of how his thoughts formed throughtout his career.

Hendrix died on September 18, 1970, at the age of 27. He is buried at Greenwood Memorial Park in Renton, Washington.

The exhibition will be open for two weeks.