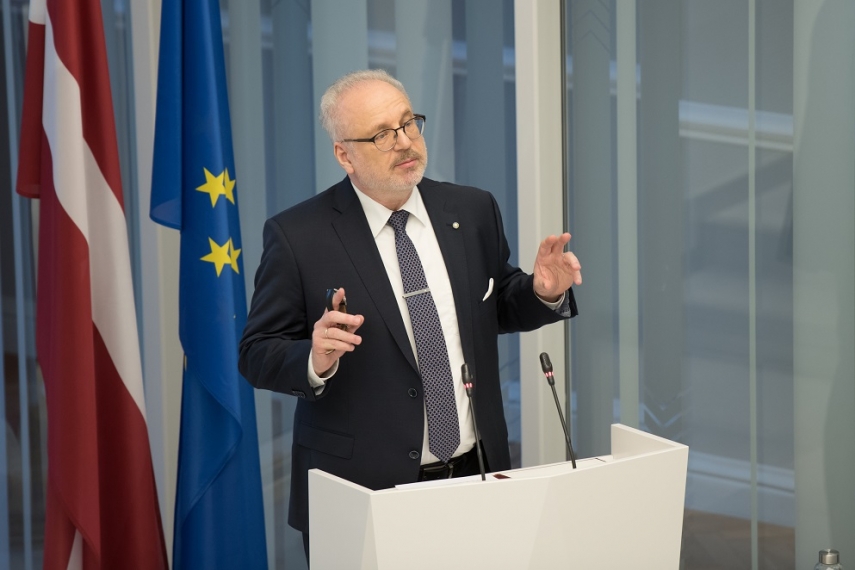 RIGA - According to President Egils Levits, the high-speed railway project Rail Baltica should be given the highest political priority for its implementation.

As LETA was informed by the Presidential Chancery, today the president met with Agnis Driksna, Chairman of the Board of RB Rail, where the two discussed topical issues regarding the Rail Baltica project, the largest Baltic infrastructure project at the moment.

The parties discussed the progress of the Rail Baltica project in the three Baltic States, emphasizing the importance of the project both at the regional and pan-European level.

Driksna informed the president about the current issues of project management and implementation, dialogue with residents and local governments. The interest of Finland and Poland in the implementation of the project was also discussed. Levits was interested in the financial, cross-sectoral and legal aspects of the project.

The president emphasized that the successful implementation of Rail Baltica required the highest political priority and inter-sectoral and institutional cooperation.

Rail Baltica is a double track, European standard 1,435 mm gauge electrified railway for passenger and freight transport to be built from Tallinn to the Lithuanian-Polish border. The overall length of the railway will be 870 kilometers.