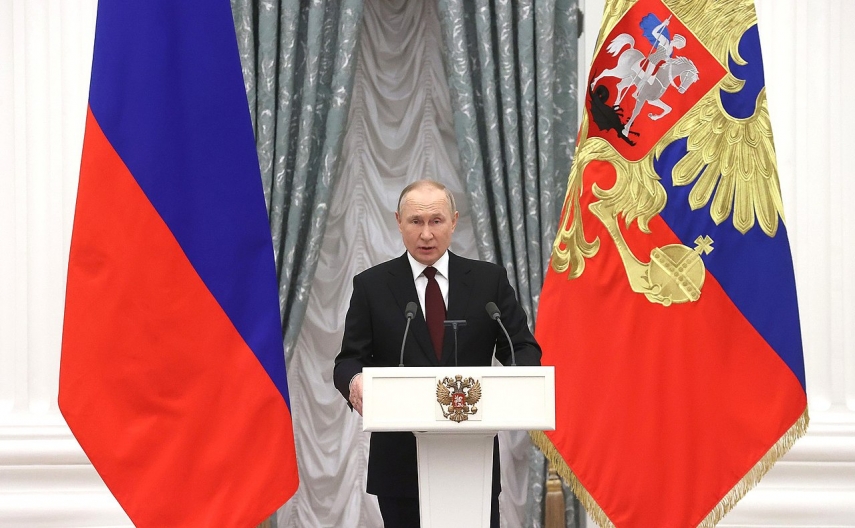 The ambassador said in interviews to several media on Friday morning that discontent with Putin's decision can be seen in Russia's society but that the machinery of Kremlin propaganda has succeeded in convincing a large part of society that the war in Ukraine is necessary and that there are many others who are afraid to publicly voice an opinion that does not support the Kremlin's policy.

Riekstins said that the people taking stand against the war in Ukraine include several Russian intellectuals, journalists and artists like popular singers Alla Pugachova and Valery Meladze. A director of a Russian theater tendered resignation Thursday saying that she did not deem it possible to work at an institution that is funded by a country that is waging an aggressive war. Although warfare in Ukraine continues, Riekstins believes that such public acts of dissent are bearing fruit.

Mass protests against the war in Ukraine that were staged in several Russian cities on Thursday were quashed by authorities, sometimes using breaches of Covid-19 restrictions as a pretext.

Asked by Latvian Television if Russians are ready to accept their country's possible isolation from the rest of the world, the ambassador said that according to his observations the Russian public has grown politically rather apathetic as practically all opposition and dissenters have been subject to repressions, so the "picture is rather sad as far as pluralism is concerned".

Citing public opinion polls, Riekstins said that Russian society is divided into two polarized roughly equal parts. At the same time, the ambassador thinks that "war against brothers - another Slav nation - is unacceptable to most people, but the question is how prepared they are to speak out".

As reported, considering Russia's aggression in Ukraine, Latvian Foreign Minister Edgars Rinkevics (New Unity) has decided to recall Ambassador Riekstins for consultations and to stop issuing Latvian visas to Russian citizens, except cases where the visas might be granted on humanitarian grounds.