Putin is responsible for the war in Ukraine - Bildt 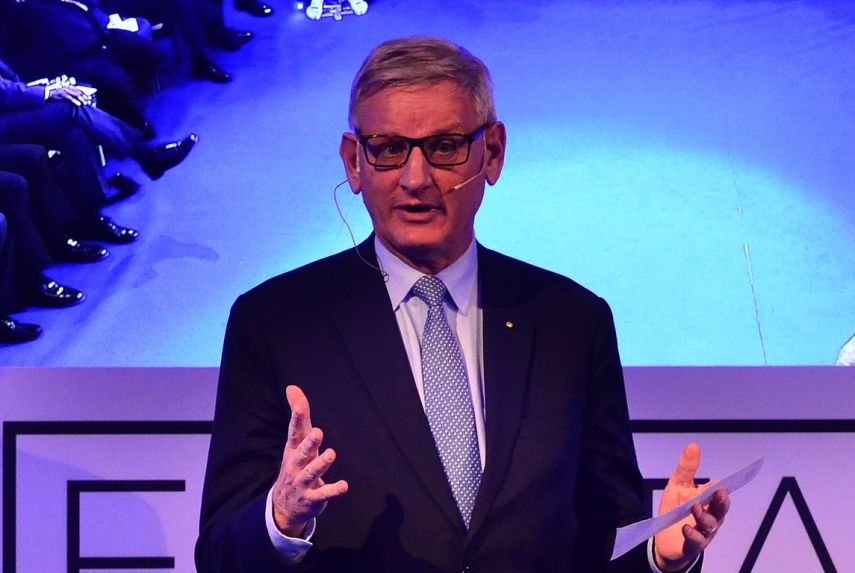 RIGA - The war in Ukraine should be considered the war of Russian President Vladimir Putin, for which he should bear the main blame, not the entire Russian people, former Prime Minister and Minister of Foreign Affairs of Sweden, co-chairman of the European Council of Foreign Affairs Carl Bildt stated in an interview with LETA.

He explained that a similar "problem" had existed in the past as well, because both the leader of Nazi Germany, Adolf Hitler, and the President of Serbia, Slobodan Milosevic, had great public support.

"But we made it very clear that this was Hitler's war, and we did not punish Germany as such because of that war. The same thing happened in the Balkans, when we didn't make Serbia responsible for [Slobodan] Milosevic, we made Milosevic responsible for Milosevic - we made individual, not collective responsibility," said Bildt.

He expressed the opinion that the same will have to be done with regard to Russia, determining the responsibility of their leaders for war crimes. Then trying to separate the leaders even from those who supported them in the past.

"For me personally, this is Putin's war, not a Russian war," Bildt added.

Bildt cautiously outlined the Western policy towards Russia in the future: "We cannot determine our Russian policy if we do not know what kind of Russia we will be dealing with in a few years. We can expect the most extreme option - an extremely repressive Putin dictatorship, which is even more aggressive than today's Russia , very isolated, aggressive and regressive, but we can just as well have a Russia that allows elections and [Alexei] Navalny wins them. Those would be two extremes."

According to Bildt, it seems more likely that something in between these two extremes will be observed. "I think that Russia will end up in protracted "times of yuk", using a term from Russia's own history. This will be followed by the collapse of Putin's project," predicted the former prime minister of Sweden.

He emphasized that the Baltics must continue to explain Russian thinking to their partners. "You understand them through the good and the bad because you have a long history of relationships, both bad and less bad," Bildt said.

In the interview, he also illustrated the experience of the Baltics in dealing with the Russians with the vivid example of former Estonian President Lennart Meri, when Meri told [Russian President Boris] Yeltsin how he came home from a camp in Siberia, where he had been deported with his family, on foot through the whole of Russia , but in the end he even quoted Pushkin to Yeltsin, thus completely "disarming" the Russian president, and he signed all the agreements.

But Bildt agreed that such tactics would not have worked against Putin. "Yes, I have met both of them - Yeltsin more than Putin - and I can agree that Putin is much more of a cold, calculating type of person, while Yeltsin was emotional, in some ways more Russian. He was very impressed by Pushkin, I don't think that the same could be said about Putin," said the politician.