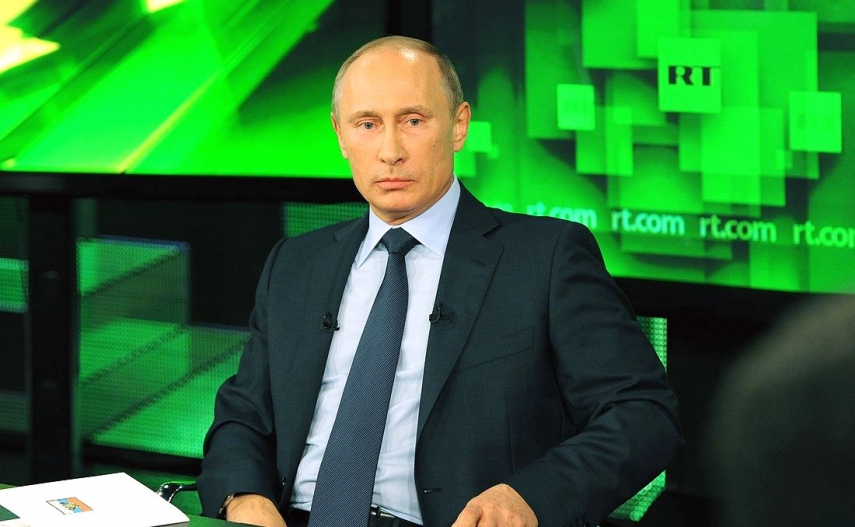 The decree on awarding nearly 30 individuals was signed on Oct. 9.

Tretjakov said the award came as a surprise, pledging to accept it.

"I believe I was granted it for preservation of the Russian culture and language, as I am the editor-in-chief of Litovskij Kurjer, which has been in circulation for already 25 years. I would say I am more of a representative of Russian-speakers living in Lithuania, as I am more interested in these people but, of course, the Russian culture too – we write about it a lot," he told BNS.

The silver medal of Russian writer Alexander Pushkin has been awarded since 1999 for merits to culture, education, the humanities, literature and science, as well as for "substantial contribution to the studies and preservation of cultural heritage, bringing together and enriching the culture of states and nations."

In the latest report of security threats published by the Lithuanian State Security Department, Litovskij Kurjer is listed as "one of Russia's instruments of influence in tasks of information and ideological policies in Lithuania." The reports also mention the weekly's former editor-in-chief Annatolij Ivanov who currently heads the Baltnews portal as "known for other initiatives supporting Russia's interests."

In Tretjakov's words, Ivanov was sacked due to difference of opinions on "both foreign and interior policy aspects," as he was "doing other projects, as well" while working for the weekly newspaper.

Tretkajov founded the weekly Litovskij Kurjer in 1995 and headed it for years on-and-off. He was a member of Lithuania's parliament in 2000- 2004 as a member of the New Union.