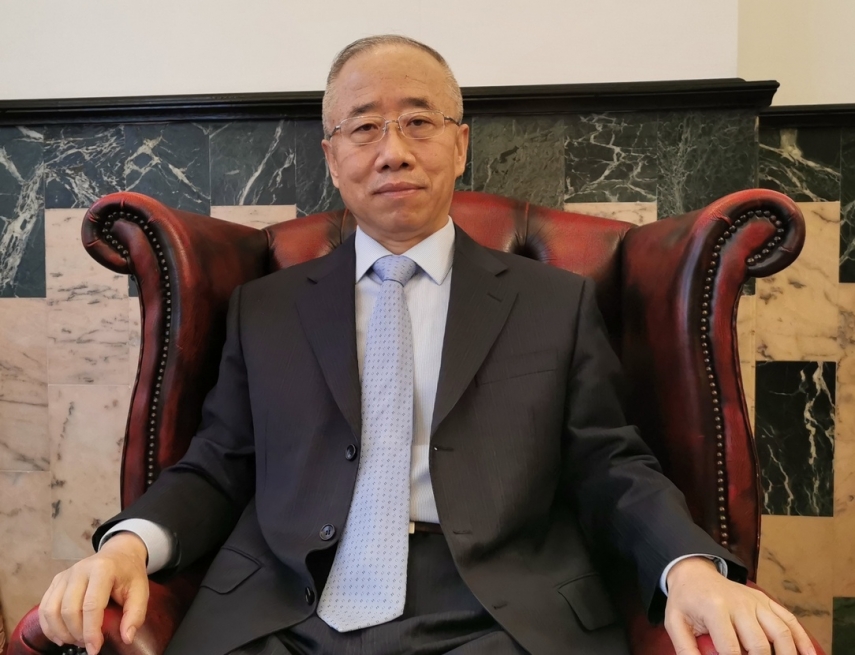 The 20th National Congress of the Communist Party of China was successfully held in Beijing not long ago. This is a meeting of great importance that took place at a critical time as the Chinese people embark on a new journey to build China into a modern socialist country in all respects and advance toward the Second Centenary Goal. The major policies, decisions and arrangements adopted by the Congress will have a far-reaching impact on China's development in the next five years and beyond, and have also attracted widespread attention from the international community.

China will make high-quality development its top priority and fully apply the new philosophy of innovative, coordinated, green, open and shared development. Through unremitting efforts, the Chinese people, led by the Chinese Communist Party, have secured historic achievements in getting rid of absolute poverty and building a moderately prosperous society in all respects, with a per capita GDP of more than US$10,000. Over the past ten years, China's average contribution to world economic growth has reached 38.6%. At present, China is focused on implementing a new development philosophy, accelerating the creation of a new development pattern, and promoting common prosperity and coordinated regional development. Instead of simply judging success on the basis of GDP growth rate, China strives to achieve effective qualitative improvement and reasonable quantitative growth of the economy. China is not only a developing country with a population of more than 1.4 billion, but also a big market. Despite facing many challenges, strong fundamentals of China's economy, such as great resilience and potential, remain unchanged, and it will remain on a positive trajectory over the long run. China's new development will bring new opportunities to countries around the world.

China will adhere to a high level of openness and the right direction of economic globalization, actively foster a new pattern of development that is focused on the domestic economy and features positive interplay between domestic and international economic flows. While expanding domestic consumption, China will continue to deepen foreign cooperation. China has been developing in an open environment. China insists on promoting reform, development and innovation through opening up, and promoting the construction of an open world economy, which opens up a wide space for development, and realizes mutual benefit and win-win results with other countries in the world. China has become a major trading partner for more than 140 countries and regions. It leads the world in total volume of trade in goods, and it is a major destination for global investment and a leading country in outbound investment. As a collaborative endeavor, the Belt and Road Initiative has been welcomed by the international community both as a public good and a cooperation platform. Looking to the future, opening up will be the only path China must take to continue to develop. China will steadily expand institutional opening-up with regard to rules, regulations, management, and standards, adhere to free and fair trade, and continue to foster a business environment that is market-oriented, law-based, and internationalized so that both Chinese and foreign companies can benefit from a fair market environment.

The recovery of the world economy is struggling, local conflicts and regional crises are emerging one after another, the Cold War mentality and bloc confrontation are resurgent, and problems such as food, energy, and climate keep emerging. Humanity once again is facing the crossroads of time, and where it’s heading depends on the choice of people of all countries. China will respond to the uncertainty of the external environment with its own certainty, offset the instability of the international situation with the stability of domestic and foreign policies, provide a steady momentum for the recovery of the world economy with high-quality development and high-standard opening up, and make unremitting efforts for world peace and development. China looks forward to working with all countries in the world to face the challenges of the times and build a better future together!