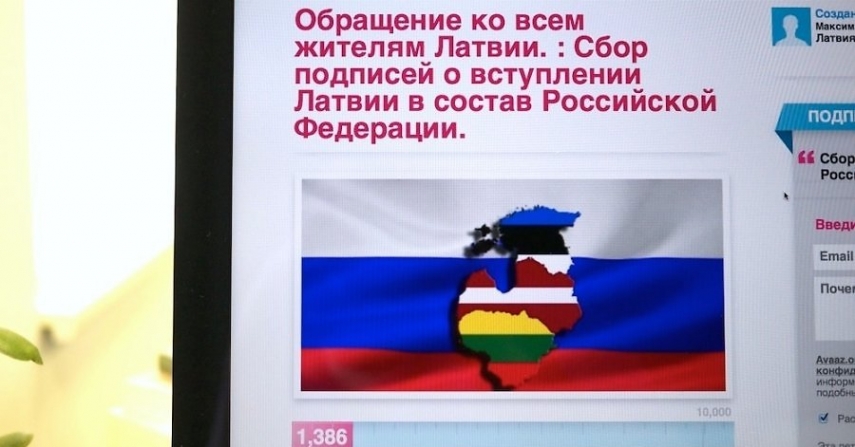 The Security Police have requested that prosecution begin against a Latvian resident who organised an online signature campaign calling for Latvia to join Russia, LETA was informed by the Latvian Security Police.

The Security Police have not revealed the identity of this person, but did confirm that he is not one of the high-profile pro-Russia activists operating in Latvia.

The case has since been forwarded to the Riga Prosecutor's Office.

As reported, the Security Police have detained a Latvian resident for organising an online signature drive on www.avaaz.org, campaigning for Latvia to join the Russian Federation.

The petition was submitted to the U.S.-based www.avaaz.org last March.