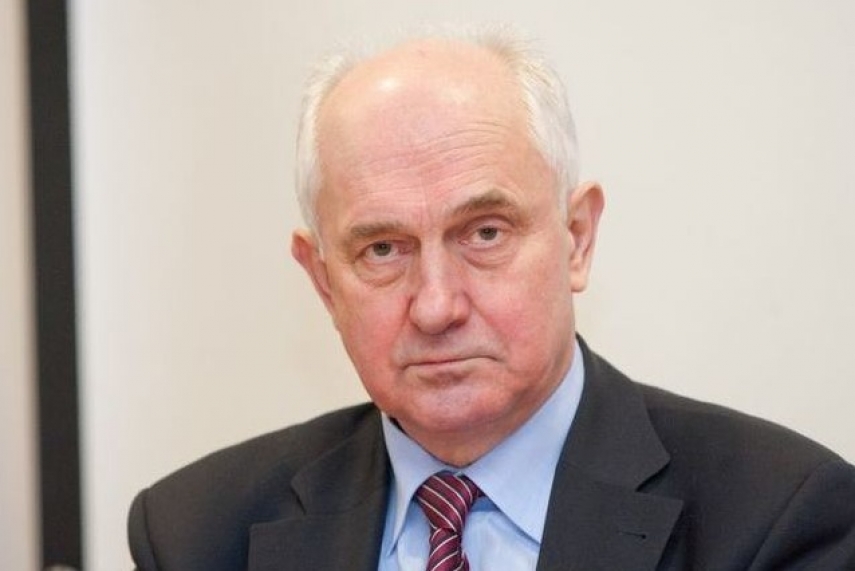 VILNIUS – Proper supervision of the financial market was ensured in Lithuania during the crisis, says Reinoldijus Sarkinas, the former long-standing board chairman of the central Bank of Lithuania, who led the bank during the 2008-2009 crisis.

"Proper supervision was ensured," he told BNS Lithuania on Monday, stressing that he sees no improper actions of his own or those of the then staff at the Bank of Lithuania.

The former central banker also calmly reacted to the government's recent decision to turn the Prosecutor General's Office to evaluate the action of the then financial watchdogs during the crisis.

"That's fine if they turned to them. They will probably clear things out," Sarkinas said.

Lithuania's government has decided to ask the Prosecutor General's Office to evaluate the then financial watchdogs' actions during the financial crisis, Prime Minister Saulius Skvernelis said on Monday.

The prime minister told journalists that prosecutors would be asked to assess whether state institutions responsible for the supervision of financial establishments in 2008 and 2009 "properly performed their functions defined by legislation."

Prosecutors will also be asked to evaluate the potential need to defend public interest "as due to the Vilibor (Vilnius Interbank Offered Rate for loans in litas – BNS Lithuania) stories, many people with loans suffered major losses," Skvernelis said.

Sarkinas led the Bank of Lithuania for 15 years and was replaced by incumbent chairman Vitas Vasiliauskas in April, 2011.