Press freedom in the world under threat from triple whammy; situation in Latvia improves - watchdog 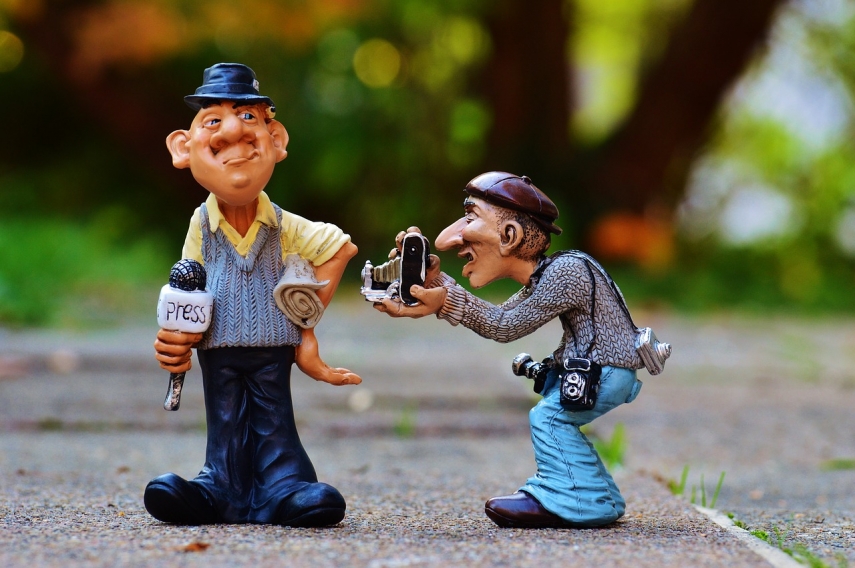 PARIS - Press freedom around the world is under threat from a triple whammy of US President Donald Trump, Russia and China's bid to crush all dissent, international watchdog Reporters Without Borders (RSF) said in its annual World Press Freedom Index.

In the index, covering 180 countries of the world, Latvia has climbed four positions over the past year, from 28th to 24th place, while the positions of Estonia and Lithuania remain unchanged as these countries are ranked 12th and 36th respectively.

In the report, the watchdog lashes out at the world’s superpowers – the U.S., China and Russia – for leading the charge against press freedom, with U.S. President Trump regularly launching personal attacks on reporters and Beijing exporting its "media control model" to strangle dissent elsewhere in Asia. Meanwhile, Russia has been stifling independent voices at home and extending its propaganda network by means media outlets like RT and Sputnik, says RSF.

The slide towards "strongman" and populist politics in Europe, stoked by Moscow, was threatening freedoms in the region where they were once safest, it added, with Hungary, Slovakia and Poland setting off alarm bells.

"The unleashing of hatred towards journalists is dangerous and a threat to democracy," AFP quoted RSF chief Christophe Deloire as saying.

“The press freedom situation in Latvia is not as favorable as in neighboring Estonia and has continued to worsen with the spread of “fake news” of suspected Russian origin. There is also concern about the many elected municipal officials who, with the declared aim of informing the public, publish “local newspapers” written by their staff that serve their interests. They are helping to undermine the public’s trust in the media. Other problems for the media include economic difficulties, inadequate and poorly distributed state aid, the lawsuits that have been brought against several journalists, and legislation that does not favor the media and their sources,” RSF says in the report.

Norway still remains at the top of the World Press Freedom Index, followed by Sweden, the Netherlands and Finland.

North Korea remains the most repressive country on Earth closely followed by Eritrea, Turkmenistan, Syria and then China.