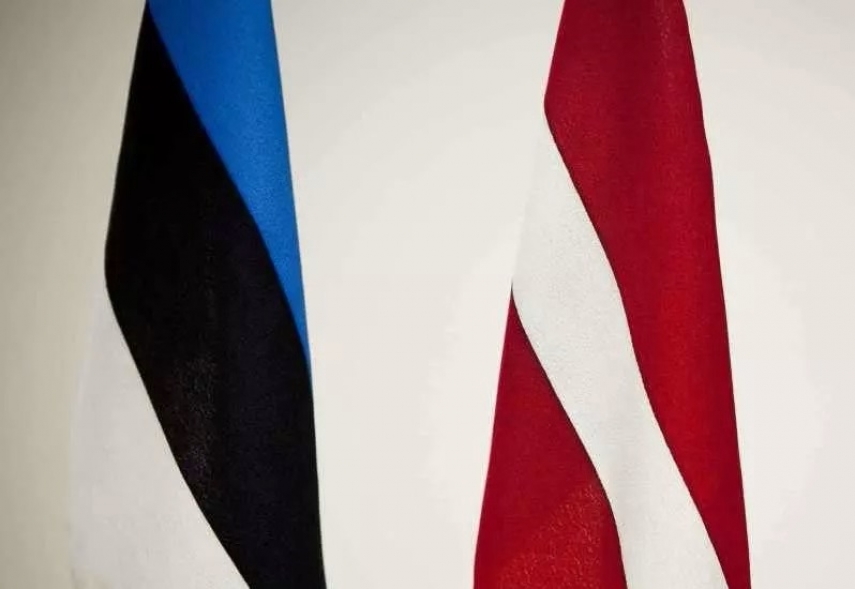 TALLINN - Estonian President Kersti Kaljulaid met on Wednesday with her Latvian counterpart Raimonds Vejonis as part of the Latvian president's state visit to Estonia, the two heads of state discussed issues relating to energy, the environment, security, joint initiatives and opportunities to strengthen cooperation between the two countries.

"We are jointly building Rail Baltic, with which all states wish to proceed quickly. This does not have to remain the only fast connection between our states, however. We have already singed cooperation agreements for sharing data in our population registries and this could serve as basis for interweaving our two e-states," Kaljulaid said following the meeting with Vejonis.

The main topics discussed at the meeting included the two states' cooperation in matters of e-state, security and the environment, also the possibility of creating a common packaging deposit system. Both presidents also highlighted the importance of synchronizing the Baltic electricity grids with with that of continental Europe, which for the Baltic states constitutes a matter of security.

Kaljulaid also stressed that cooperation between any two states is always based on contacts between its nations, and welcomed the fact that two-way tourism between Estonia and Latvia is gaining momentum.

"In Tartu, Parnu and Saaremaa, one can hear Latvian more and more often each summer, just as more and more Estonian families visit Sigulda, Jurmala or Riga each year. This is due to our entrepreneurs' efforts but also due to our people seeking to engage with their neighbors," the Estonian president said.

The Latvian head of state is accompanied on his two-day state visit to Estonia by the First Lady of Latvia Iveta Vejone. After his meeting with Kaljulaid in Kadriorg, Vejonis is also scheduled to meet with the Estonian prime minister and the speaker of the Riigikogu and visit the Locked Shields cyber defense exercise. The second day of the Latvian president's visit will be spent in Jarva County and Tartu. Vejonis is also accompanied on his visit by Latvian Foreign Minister Edgars Rinkevics, Minister of Economic Affairs Ralfs Nemiro and member of the parliament Janis Vucans.