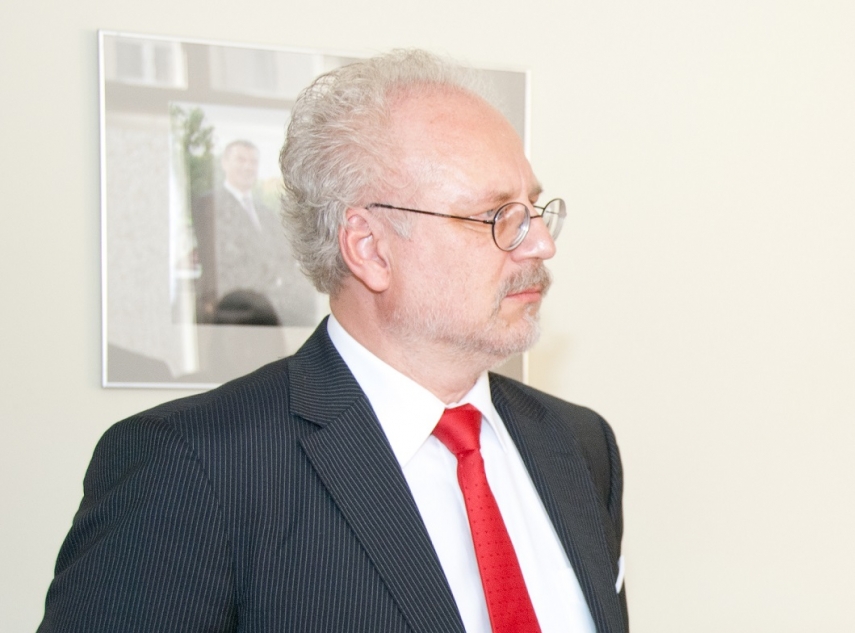 "The law has been passed yesterday, and the president will use his powers and time to assess the law. The ten days of assessment end on June 20," Rozenberga said.

The presidential spokeswoman confirmed that the regional council of Iecava has asked the president to review the ATR bill.

Rozenberga also noted that the president and his office have been closely following the debate on the regional reform and its law. Also, discussions have been held with Saeima, the Cabinet of Ministers and local governments.

Rozenberga underlined that Levits has repeatedly formulated his position on the reform, which has been outlined in his letter to Saeima and on the president's official website.

As reported, Saeima on Wednesday passed in the final reading the ATR bill which will see the number of municipalities in Latvia being reduced to 42 from 119 by July 1, 2021. The bill was passed by 58 votes to 12 and 20 abstentions.

In his March 24 letter to the Saeima Administrative Territorial Reform Committee, the president called on lawmakers to pay more attention to democratic inclusiveness of local communities and strengthening of cultural and historical identity as they pass the ATR bill.

Exercising his rights in accordance with the Saeima Rules of Procedure, Levits tabled two proposals for the ATR bill.

The president called on the government to draft and deliver to the parliament a law giving local communities (towns and districts) the right to hold democratic elections to appoint their representatives and authority to decide local issues by December 31, 2020.

The parliament also accepted Levits' proposal to draft and adopt a separate law that would legally define the historical Latvian lands, each district’s and town’s place in a specific historical Latvian land – Vidzeme, Latgale, Kurzeme, Zemgale and Selija. The president has argued that this is necessary to make common identity stronger and preserve cultural and historic environment.