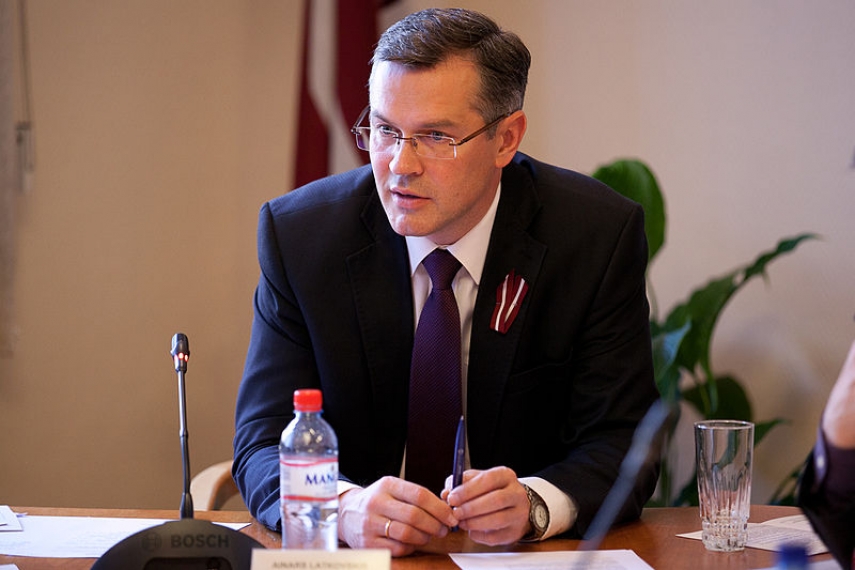 RIGA - A prime minister candidate from a larger Saeima group should first be nominated before a candidate from New Unity is considered, the head of the party's Saeima group Ainars Latkovskis told members of the press today after a meeting with President Raimonds Vejonis.

He said if there is a political crisis and no one from the other political parties is capable of forming a new government, then New Unity would be ready to take this responsibility. Latkovskis added that there is no political crisis in Latvia as the moment.

New Unity believes that the larger Saeima groups should first take the initiative of forming the new government. ''If For Development/For's prime minister candidate Artis Pabriks has withdrawn his candidacy, then I believe this party has several other capable politicians,'' he said.

Latkovskis reminded that New Unity is the smallest political group represented in the 13th Saeima and reiterated that there is no emergency situation in the country at the moment.

He also said that the opportunity for New Unity to take the post of prime minister has not even been discussed within the party.

Latkovskis said that various scenarios were discussed with the president, which he did not comment in more detail.

As reported, New Unity's Krisjanis Karins is being mentioned behind the scenes as a likely nominee for prime minister, as sources told LETA.

Karins told LETA that the president had not yet invited him to a meeting, and that his nomination had not been discussed with other parties.

The situation is very unclear at the moment, said Karins. Maybe For Development/For will nominate another candidate for prime minister, he added.

Several politicians told LETA off the record that the parties could now agree on a compromise candidate, and that Karins could actually be that candidate.