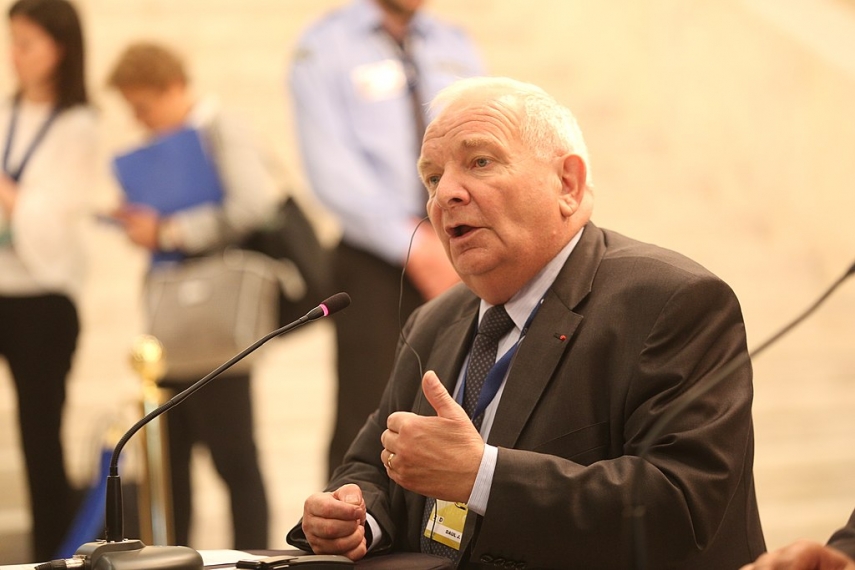 TALLINN - The Isamaa party, one of two junior partners in Estonia's ruling three-party coalition, is to host Joseph Daul, president of the European People's Party (EPP), on Friday and Saturday.

During his two-day visit, Daul is to visit the Memorial to the Victims of Communism at Maarjamae, Tallinn, and attend the general meeting of Isamaa.

Isamaa MEP Tunne Kelam has for years been working towards the crimes of Communist regimes being acknowledged in Europe. Daul is to visit the Memorial to the Victims of Communism on Friday with Foreign Minister Urmas Reinsalu and retired Gen. Riho Terras, and place a wreath at the memorial to commemorate those who fell victim to Communist crimes. On Saturday, Daul will give a speech at the general meeting of Isamaa and hold a press conference thereafter.

Chairman of Isamaa Helir-Valdor Seeder said that as a member of the EPP, the party holds a unique position in Estonia's political landscape.

"Isamaa is a member of the largest political force in the European Parliament, and it is in Estonia's interests that close cooperation between the EPP and Isamaa should be maintained," he noted.

Daul is also scheduled to meet with Estonian entrepreneurs in technology and agriculture and representatives of the field of national defense.

The European People's Party is a major political force in the European Parliament bringing together over 70 member parties from 40 member states. Isamaa is the only Estonian party in the EPP.

Joseph Daul has served as the president of the EPP from 2013.