President calls to grant refuge to Afghans who helped Estonia 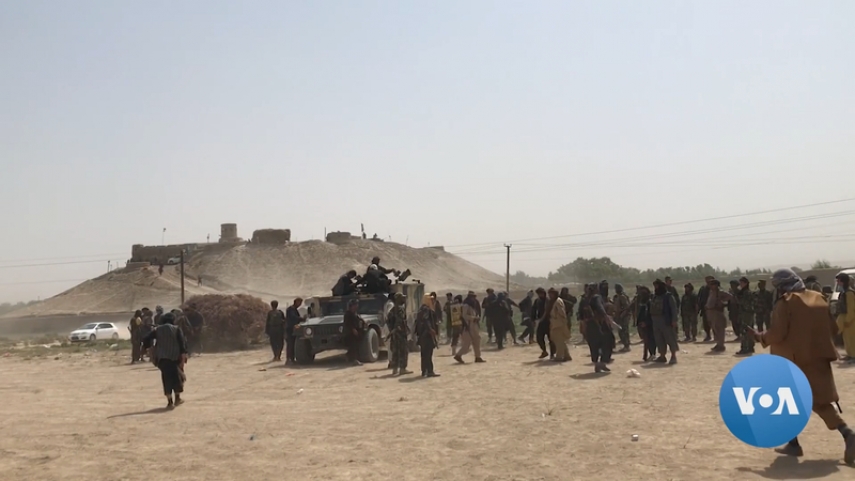 TALLINN - It is Estonia's duty to help those Afghans who have helped us and to offer them refuge in Estonia, Estonian President Kersti Kaljulaid said in a statement on Monday, adding that the Taliban's so rapid success was surprising.

"Seeing videos from Afghanistan's past week has been achingly painful. The sense of lost hope, of chaos and fear reflected in them brings grief to all of us who value human rights and the right of all people to live a safe life" Kaljulaid said.

She said that many have asked if Estonia's participation in Afganistan with our allies was a mistake or whether we have failed.

"Viewed from a narrow Estonian perspective -- we have certainly achieved much greater ties with our allies and greater security for our nation. Thanks to this mission, Estonia is better protected," the president said.

She said that for most of the 20 years the allies have spent in Afghanistan, Afganistan has been a better place than before. We have seen developments -- so many more children and especially girls have received an education, one generation of women has had more opportunities to participate in society, access to healthcare and the situation with freedoms and human rights has been better.

According to Kaljulaid, the Taliban's success in taking over the country so quickly painfully demonstrates that we have been living in illusions.

"We have wanted to believe that the security forces, police and state apparatus of Afganistan, trained by us, would wish to stand for their country and achieved freedoms. Unfortunately this has not been the case. Some sort of relapse was expected -- this was clear to both the allies and Afganistan's officials when I visited Kabul in April. The speed of it has, however, been a surprise," she said.

"Yet this is just a description of the situation. This is of little help to the people whose lives are in danger or who have already had to pay the ultimate price in the last weeks. They have mostly paid with their lives because they share the same values for which we stood there," the president said.

"The responsibility and obligation for helping and protecting these people still rests on our shoulders. Estonia has convened a discussion at the United Nations Security Council for today, and today we will also discuss the matter with our EU partners and NATO allies. Still, as painful as it is, we must admit that we have no quick solutions that would considerably improve the current chaos. Our international community is not able to effectively guarantee fundamental rights to people in areas which simply cut themselves off from these value spaces," she said.

Yet we also have a more narrow responsibility -- that of the state of Estonia, the president said.

"We must do everything in our power to help get to safety those, whose lives are in danger thanks to their cooperation with us. And if they manage to leave Afghanistan, we must also offer them a safe refuge in Estonia. We owe it to them," she said.

"In all such conflicts, the worst-hit are those who are already the most vulnerable - mostly women and children. The international community must, in the changed circumstances, stand primarily to guard the elementary rights of women and children, as much as possible. It is essential to provide them, among other things, consistent and safe access to healthcare, including maternity care, but also to food and education. As the secretary-general's Global Advocate for Every Woman Every Child, I call also upon the Taliban to consider this," the Estonian head of state said.