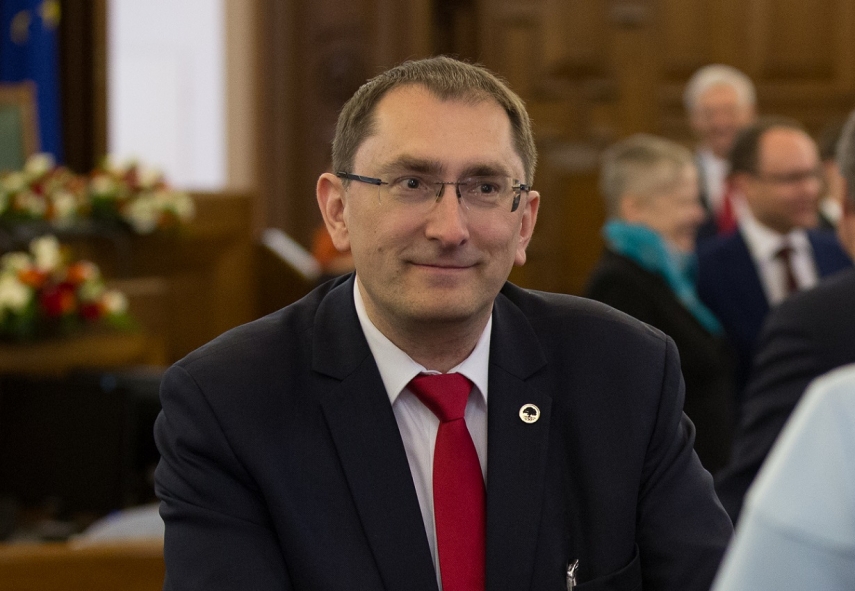 “By spreading declarative allegations unsubstantiated by any evidence and publicly making defamatory claims over the past month, Linkaits has significantly undermined the reputation of LDz management and the whole LDz group, causing suspicions in the public that my colleague Aivars Straksas and other managers mentioned by Linkaits have plotted to commit criminal offenses, which has seriously harmed the reputation of LDz group as a reliable partner in regional and international markets,” Berzins said.

After the transport minister’s public claims of possible criminal activities in LDz, Berzins asked the Corruption Prevention Bureau (KNAB) to provide information on any facts that might confirm Linkaits’ allegations.

“I have received compelling information that KNAB has no facts about my or Straksas’ involvement in any corruptive activities,” said Berzins.

On May 9, Straksas called on Linkaits in a written statement either to specify his allegations and provide concrete facts to substantiate his claims, or to retract the defamatory and insulting allegations.

“However, Linkaits has not retracted his insults to this day, thus causing significant harm to my reputation,” said Straksas.

The LDz president said that after the minister’s claims, the LDz supervisory board and other institutions have received official letters from the Belarussian national railway company, the CIS Rail Transport Council and the Russian rail company, as well as the Latvian Chamber of Commerce and Industry, the Latvian Employers Confederation and other local and international partners, seeking explanations and urging the transport sector’s policy-makers and the LDz supervisory board to professionally analyze the facts and take politically neutral decisions in line with the OECD’s good corporate governance guidelines.

As reported, on May 7 Linkaits expressed no-confidence in LDz CEO Edvins Berzins and two other members of the LDz management board - Aivars Straksas, and Ainis Sturmanis - and will urge the company’s supervisory board to remove them from their positions.

The minister informed that his criticism is mainly related to suspected crippling of competition, which can result in grave consequences both for LDz and Latvia. The minister has also obtained information about allegedly corruptive deals. This information has been forwarded to the Corruption Prevention Bureau (KNAB). An examination of several costly transactions, including marketing and advertising agreements, has revealed mismanagement on the part of the rail company’s executives, Linkaits said.

On May 10, members of the LDz management board alleged that Linkaits’ statements about the company’s management are aimed at paving the way for the national rail company’s privatization.

The LDz supervisory board includes chairman Janis Lange and board members Andris Maldups and Aigars Laizans.