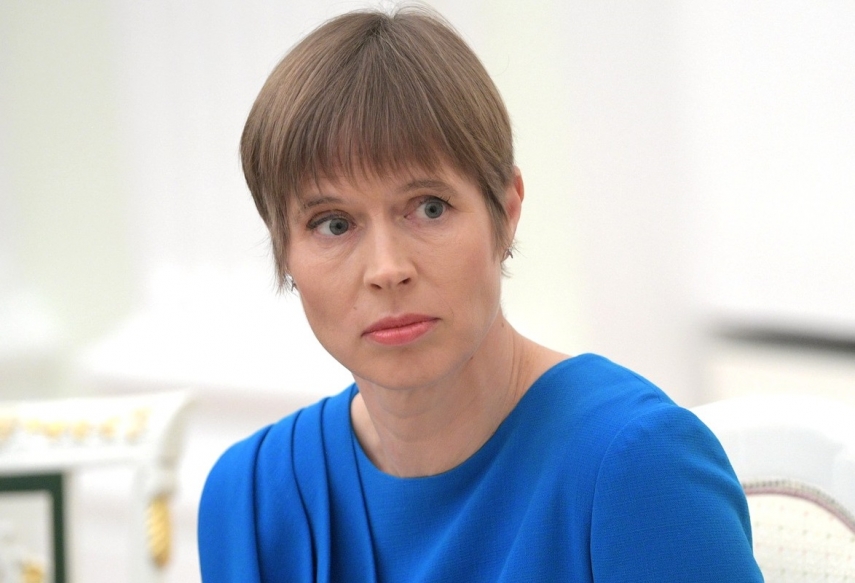 TALLINN - Estonia will be able to raise issues of its own in the UN Security Council while holding the rotating presidency of the Council and will not just have to stick to the set agenda, Estonian President Kersti Kaljulaid said on the "Valisilm" foreign affairs program of public broadcaster ERR on Monday.

Kaljulaid noted that Estonia set a precedent by raising the issue of cyber threats in the Security Council, and was able to do so even before the start of its presidency on May 1.

"We don't even have to just look at the month of May, which is when we're holding the presidency. We promised to our electors that we'd raise the issue of cyber threats and attacks in the UN Security Council. As unbelievable as it may seem, no such discussion had been held in the Council thus far. Then an opportunity presented itself. Already during the first months of our UNSC membership, a cyber attack was carried out against Georgia, and Estonia together with the United States and the United Kingdom took the issue to the Security Council, and for the first time in world history, this was taken on by the Council," the president said.

"And it is possible to move forward from here. During our presidency, too, cyber threats have been raised as one of the topics. A discussion will be held in this regard on May 22. As we know, international law is shaped by precedent, and what Estonia has achieved, as promised, is a precedent. Many people smiled and said we may be able to tweak the agenda, but look what came out instead," Kaljulaid noted.