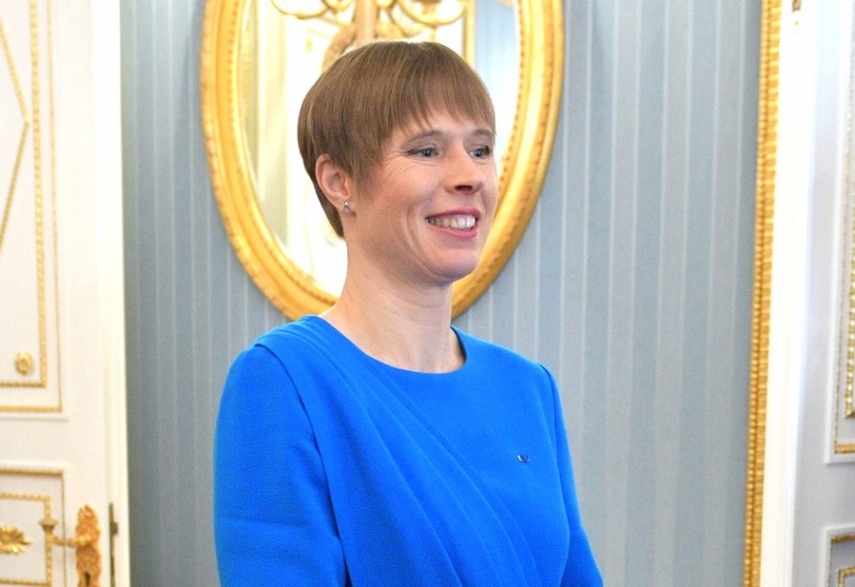 TALLINN - Estonian President Kersti Kaljulaid defended NATO in her remarks to Reuters on Tuesday after French President Emmanuel Macron branded it "brain dead," saying Estonia felt safe in a military alliance that has been fortifying its eastern flank as a shield against Russia.

"Let's face it -- it [NATO] has a 100 percent success record. No NATO ally has ever been attacked. So we trust in NATO, yes," she told Reuters on a visit to Brussels.

Macron said earlier this month that European countries could no longer rely on the United States to defend NATO allies and the alliance was experiencing "brain death."

His comments questioning the alliance's main principle of collective defense have prompted soul-searching in European capitals, and is likely to dominate discussions at a NATO summit in Britain early next month. US President Donald Trump, who described the 29-nation alliance as "obsolete" when he was president-elect, will attend, Reuters said.

The Estonian president made the remarks to Reuters after Interior Minister Mart Helme, the head of the second largest partner in Estonia's ruling three-party coalition, had told a Finnish newspaper Estonia was looking for Plan B for NATO.

"We are working also on a 'plan B,' on what Estonia -- and not only Estonia, but also other Baltic countries -- will do if what Macron said was true," Interior Minister Helme was quoted as saying by tabloid Iltalehti.