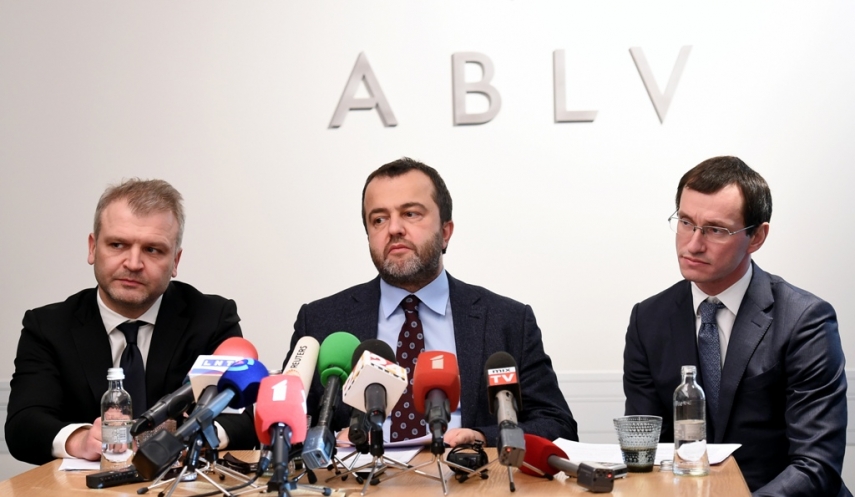 RIGA - The potential liquidators of ABLV Bank will be told to do everything in their power to refute allegations made by the Financial Crimes Enforcement Network (FinCEN) of the United States Department of Treasury, ABLV Bank CEO Ernests Bernis told reporters on Tuesday.

"They will have to do this so the bank's shareholders and clients, and the entire Latvia could rebuild their reputation on the global financial market," said Bernis.

What has happened to ABLV Bank will have a very negative effect on service of non-residents in Latvia. "We were the best in all banking procedures, we had top-level customer service culture. I believe that large part of the clients will never return to Latvia, there are other places where they can receive banking services," said Bernis.

ABLV Bank has opted for self-liquidation in order to protect the bank from any unprofessional activities, taking into consideration that many insolvency processes in Latvia eventually result in criminal cases, said Bernis.

Bernis' deputy Vadims Reinfelds said that attorney at law Elvijs Vebers was one of the candidates for the bank's liquidator, but the liquidation group would also include Andris Kovalcuks, head of ABLV Bank Group's company New Hanza Capital, and corporate finance expert Arvids Kostomarovs.

"The liquidators will have to submit ABLV Bank liquidation plan to the Financial and Capital Market Commission in five days. The Financial and Capital Market Commission will have one month to analyze and approve the plan. Once that is done, the liquidator group will get down to work. Up until then, the bank's board will continue to manage the bank's operations," said Reinfelds, adding that work on the liquidation plan was already under way.

Reinfelds added that ABLV Bank would start paying out deposits on Friday, March 2.

ABLV Bank had accumulated enough liquid assets to resume operations, however, the Financial and Capital Market Commission's decision on unavailability of deposits at the bank in fact meant liquidation of the bank. "We had uncommitted funds worth EUR 1.3 billion, most of which was in the Bank of Latvia's accounts. This would have been enough to meet all clients' claims," stressed Bernis.

Furthermore, there is not a single document stating that the European Central Bank has ruled that ABLV Bank had to have exactly EUR 1 billion in its Bank of Latvia account, added Bernis.

"The bank was earning money abroad, but it employed people here in Latvia. It was not just a bank but a large group with dozens of companies, each with its individual operations, cooperation partners, development plans. Now all of that is a thing of the past, our work for the past 25 years has been erased in one-and-a-half weeks, and the third largest bank in the country is no more," said Bernis.

According to the bank's representatives, investments worth EUR 186.7 million in Pillar Group's development project New Hanza quarter have been suspended due to liquidation of ABLV Bank. The project envisaged construction of an office building, several apartment buildings, a recreation center, a park, a kindergarten, a school, and the Latvian Contemporary Art Museum.

In the meantime, AmberStone Group investments worth EUR 74 million have been put on hold, including investment in construction of a veneer plant in Krustspils Region, a resort-hotel in Liepaja, five- and four-star hotels in Riga, adding two or three ships to the Latvia-registered fleet, and expansion of the traumatology clinic Orto.

Likewise, New Hanza Capital's investments worth EUR 35.5 million are now threatened, which were supposed to go into development of the former VEF plant's territory and development of a warehousing and office complex on Maskavas Street.

As reported, shareholders of ABLV Bank at an extraordinary meeting on Monday made a decision to start the liquidation process in order to protect interests of its clients and creditors. ABLV Bank believes that in this way it will be possible to ensure active protection of its customers, the bank said in a statement.