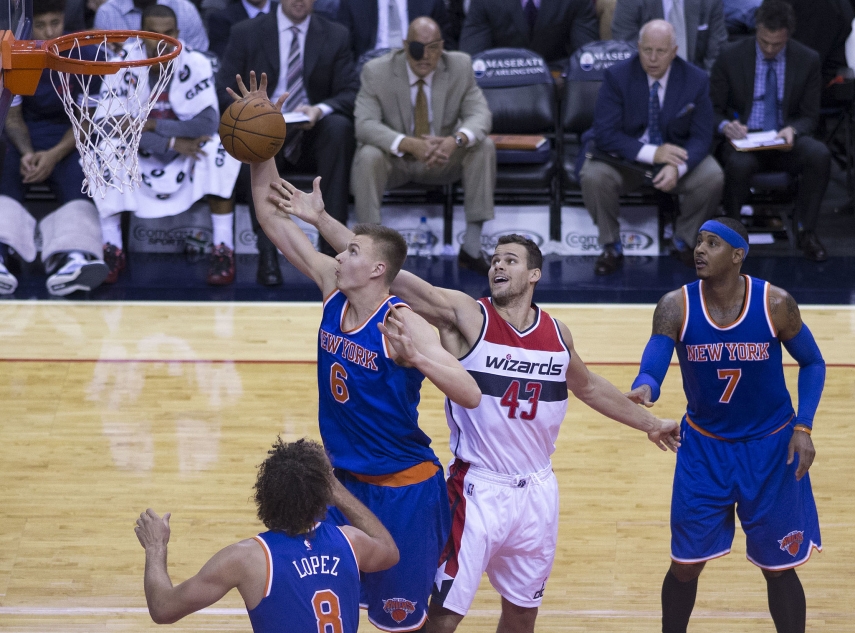 "I am ready for the challenge, and I've been preparing myself for this moment," Porzingis said in an interview with The New York Daily News after returning to New York from the European Basketball Championship.

The Knicks have agreed to send Anthony to the Oklahoma City Thunder for Enses Kanter, Doug McDermott and the Chicago Bulls' 2018 second-round pick.

The Knicks training camp begins today. After the end of last season, Steve Mills replaced Phil Jackson as the Knicks president, and Scott Perry is the club's new general manager.

After Porzingis skipped his exit meeting at the end of last season, there were all kinds of speculation, including that the Latvian could be traded to another NBA club. Reportedly, Porzingis also had issues with the Knicks head coach Jeff Hornacek, but the Latvian preferred not to talk about it. "Honestly, I would love for this year to be a new start," Porzingis said. "All I'm looking for is a fresh start and not to talk about that anymore." Porzingis went on to describe his relationship with Hornacek as "great".

Porzingis, who spent almost the entire summer in Latvia working out on his own, said: "It was important that I disconnected from everything. I was working on my game and resting my mind. I kept working hard this summer to put myself in this position. I'm coming in with a fresh mind. I don't want to carry anything from the previous season."

Comment on a scuffle with the former Knick Anthony Randolph during Latvia's semifinal match against Slovenia in EuroBasket, Porzig is said, "It's not worth talking about that guy. In every situation, I'm going to stand up for myself."

When asked about the Knicks' decision not to renew the contract of Porzingis' favorite coach, Josh Longstaff, Porzingis said he did not understand this, but "I don't try to analyze that situation. I don't want to take it personal. I wish Josh the best. Maybe we can work together in the future." Porzingis added that he did not know the reason behind letting Longstaff go, "but I'm thankful for Josh. He put a lot into it. He's a great professional."

Porzingis also said that, soon after Phil Jackson was let go, he texted Jackson to thank him for drafting Porzingis and being there for him as he grew as a player.

Likewise, Carmelo Anthony's presence was also very important for Porzingis for the past two years. "“Carmelo was a mentor to me," Porzingis said. "He was a big brother from day one. I texted him to tell him I appreciated that I was able to learn from him. Having him around was important for me. I respect him a lot."

"I felt great at the Euro Championships," Porzingis also said. "I took a little time off, but I feel like I'm in the best shape of my life. As soon as we get together in training camp, we'll see what we're capable of doing. We have a young team, but if we can come together we can do some things."