Population Migration and Estonia: Adapting in an Age of Immigration 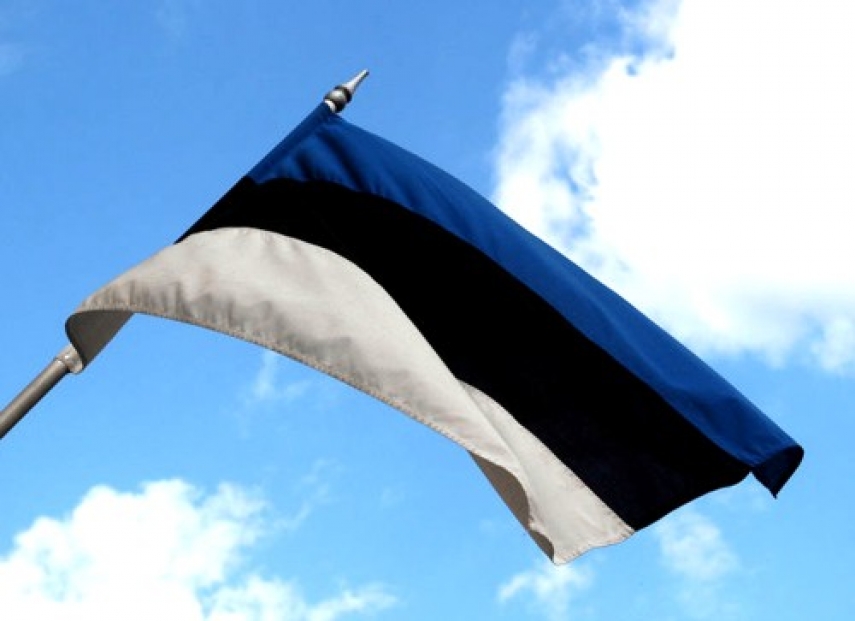 Across Europe, a wave of migrants from war-stricken parts of the world has, since the beginning of the 2015 refugee crisis, washed over national borders. Resulting demographic change has inflamed vigorous debate about the extent to which borders should be controlled and open-migration allowed. In Estonia, a modest migration trend has reversed long-term population decline. In 2015, for the first time in 25 years, Estonia experienced greater immigration than emigration. While an increase in migration may benefit Estonia in the short term through population gains and greater economic productivity, new long- term challenges arise related to social cohesion and poverty. The recent report “Estonia in the Age of Migration” addresses important questions about the persistence of Estonian culture (especially language), education, social cohesion and equality, employment, and economic and migration policy in the face of changing attitudes about migration in Europe. The report is part of the annual series of thematic Human Development Reports, which were important barometers of Estonia’s post-socialist transition during the years following the disintegration of the Soviet Union and have remained a part of national pride.

Well-being in Estonia is improving quickly, but inequalities persist

The Human Development Index (HDI), which measures human well-being through various indicators (including health, education, and per capita income), helps demonstrate the long-term effects of national policy and structural decisions. From 1990 to 2015, only two other EU Member States have increased their HDI faster than Estonia. Within the new Member States, only two other countries have higher HDI values.

HDI values in Estonia reveal positive outcomes from decisions in Estonia over the last 25 years. Nevertheless, inequalities born out of rapid growth and globalisation of the early 1990s have persisted; only three other countries in the EU Member States have greater measures of inequality (using Gini coefficients). Inequality in Estonia is often geographically based, resulting from over-employment in the agricultural sector during the Soviet Era. After the restoration of Estonian independence in 1991 and the establishment of a market economy, jobs in agriculture decreased rapidly. This left rural residents with lower opportunity for employment, while residents of Estonia’s cities fared relatively better in the new market economy. Today, income per inhabitant in Estonia’s cities is higher than the EU average, while income per inhabitant in the country’s rural areas is below the EU average.

The number of immigrants and emigrants has balanced, but the ethnic makeup of the population is changing due to migration

Although immigration now exceeds emigration, emigration rates continue to be high. Persisting inequalities are likely the cause of emigration, as people from rural areas and those with low incomes are overrepresented in the population of residents leaving Estonia. Nevertheless, an overall increase in well-being in Estonia has made it a desirable place for migrant relocation.

Immigrants to Estonia can be divided into four categories: people returning to Estonia, people from territory of the former Soviet Union (e.g. Russia and Ukraine), people from other EU Member States, and people from the rest of the world. About half of all immigrants come from the first group. Those from countries in the former Soviet Union make up about a third of all immigrants, while those from other EU Member States and the rest of the world each make up about one-tenth of the incoming population.

As technology and cheaper travel close the distance between people and their homelands, the relationship between emigrants around the world and Estonia becomes stronger. Transnationalism, in which individuals and companies engage in simultaneous activities in numerous countries, has become increasingly prevalent in Estonia. While transnationalism brings about new challenges such as families living apart, taxation of companies, and citizenship and identity, it also creates new opportunity. From an economic perspective, it is advantageous for Estonia to be connected with the greatest number of global supply chains. Transnationalism opens up new avenues for Estonian businesses to work across borders and expand operations internationally, while investors from around the world bring money into the Estonian economy.

In a broader sense, transnationalism means that Estonia, as a cultural and economic entity constituted by Estonians, has expanded outside the country’s physical borders into nations around the world. At the same time, Estonia is increasingly becoming a place where businesses and citizens of other countries operate. The “triple-win” of transnationalism occurs, as described in the Human Development Report, when the “home country gains through increased employment and national income, the host country gains through labour supply without having to deal with the issues of immigration and integration, and the migrant workers gains through higher income and new experiences”. This “win” can also produce problems, such as increasing inequality of experience; those who have opportunities to travel, work, and study abroad often gain new experiences that give them adaptability with new situations and people who are different from themselves. This “mobility capital” can open up new career avenues that might otherwise be unavailable to those without travel opportunity.

Despite increasing immigration, Estonia has actually become more “Estonian” in the last 25 years as the share of ethnic Estonians has decreased by a smaller amount than the share of other ethnic groups in the country. However, ethnic change has exacerbated existing ethnic segregation in Estonia. Since the Soviet era, Estonian schools have been divided into Russian-medium and Estonian-medium formats, which tends to segregate the population—starting at an early age—along cultural and linguistic lines. Today, new immigrants from EU Member States usually choose to send their children to English-medium schools, even if they live among the Estonian majority population. Immigrants from countries east of Estonia tend to send their children to Russian-medium schools. Both of these choices amplify the language-based cultural divides in Estonian society.

The segregation of children into Russian- and Estonian-medium schools produces inequalities later in life; academic performance of Russian-medium pupils is lower than their Estonian counterparts, and a large share of Russian-speaking youth do not enter Estonian universities. Aside from poorer educational outcomes, the division of education by language in Estonia produces two subgroups of Estonians who do not share a common culture and are less likely to form social networks and shared values. Language- based segregation carries over into earnings potential; Russian-speakers with lower school performance are unable to attend Estonian universities because of language barriers and are likely to have lower incomes than their Estonian-speaking counterparts. Lower economic status in turn leads to residential segregation, which then exacerbates cultural and social segregation.

A proposed solution for breaking this cycle of social and economic segregation is the creation of Estonian policy that enables a unified schooling system based on the Estonian language, but takes into account the diversity of languages spoken by Estonians.

In the long-term view, if Estonia is to maintain its current population of about 1.4 million people, net immigration must stay positive and birth rates must increase. In the short-term view, the generation of Estonians born in the 1990s is only half the size of the generation born in the 1980s, meaning the country is soon likely to enter a labour shortage. Immigration may be the answer to this shortage. However, forecasts in the Human Development Report suggest that more immigrants are needed to address this shortage than Estonian society is actually able to integrate. Therefore, additional measures outside of immigration need to be taken to fill this gap.

One of these measures includes ensuring the Russian-speaking population increases its contribution in the labour market, a goal achieved in part through the unification of the school system as well as other policies that encourage larger families, extend the retirement age, and find work for under-employed populations.

Immigration should play a role in addressing the labour gap, as increasing labour force participation and birth rates cannot do it alone. Therefore, an active immigration policy is needed that both encourages Estonians to return to their homeland and selectively introduces new migrants into the country based on labour needs. Although the decline of the working-age population will likely mean an increasing need for manual workers, smart technology and automation may eliminate many less desirable blue-collar jobs. As part of the strategy for ensuring social cohesion, the report argues that immigrants must not be seen as simply a labour force that has entered the country to carry out the jobs that Estonians want to avoid. Rather, an active immigration policy should facilitate social integration by luring immigrants with digital literacy, creativity, and skills.

Two pillars would support a new active immigration policy: a point system and student mobility. Point systems would test a migrant’s potential to integrate into both the labour market and society based on a number of factors, like education, language proficiency, age, work experience, family ties and more. However, responsibility for ensuring integration into the labour market and society would not fall solely on the shoulders of migrants. The employers whose needs are being met by incoming migrants would also have a role in taking responsibility for their new employees’ integration. The other pillar, student mobility, encourages students who have studied in Estonia to remain in or return to Estonia after graduation, thus increasing the number of top professionals who are already familiar with Estonian society.

As diversity in Estonia increases, and Estonians themselves resettle in other parts of the world, Estonian culture may need to adapt. The foundation of Estonian culture is the Estonian language, but for Estonian youth to be successful in a transnational economy, the diversity of languages spoken by Estonians must increase. At the same time, if Estonian culture is to flourish, innovative forms of “meaning creation”, perhaps taking advantage of Estonia’s digital culture, must be realized. Estonians across the world can and should feel a part of the Estonian culture, which may be achieved by envisioning a new open and accessible participation-centred culture. The declining number of Estonian-speaking residents in Estonia may seem to foreshadow the loss of Estonian language and culture. Nevertheless, the perpetuation of these values is secure as long as the Estonian people commit to actively practicing their language and culture and sharing it with future generations.