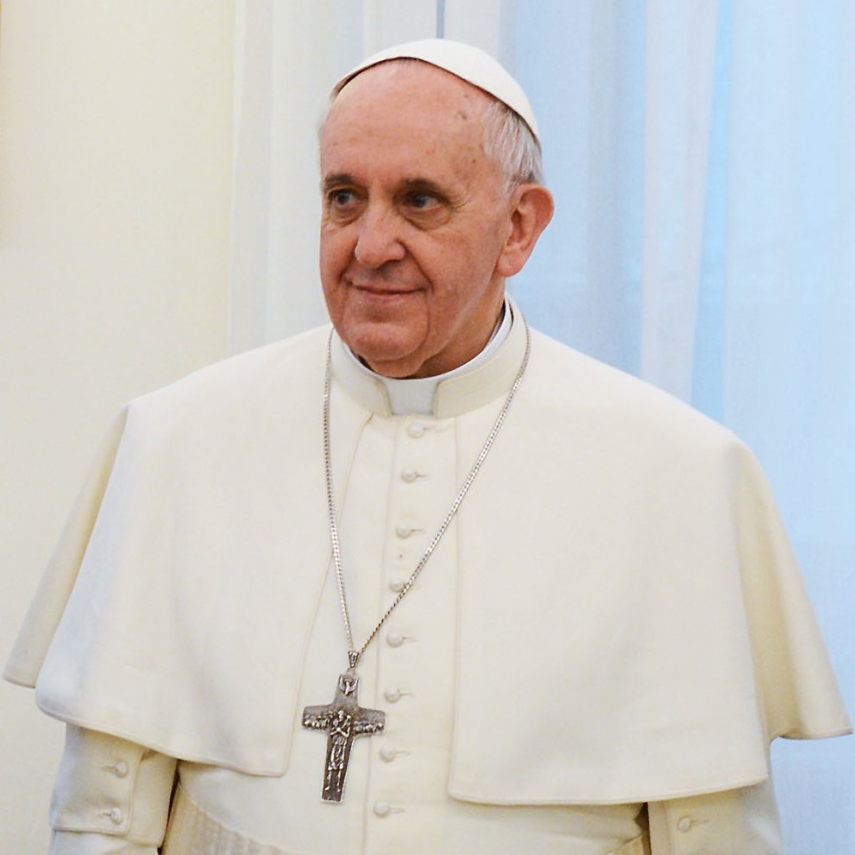 RIGA - His Holiness Pope Francis will lunch with bishops during his visit to Riga, as well as meet with top state officials and members of society, LETA was informed by the Presidential Chancery.

After this, the Pope will meet with President Raimonds Vejonis, other top officials as well as members of society. This will be followed by a wreath laying ceremony at the Freedom Monument, and an ecumenical meeting at Riga Cathedral, where the Pope will make an address. The Pope will also visit St John's Church and have lunch with bishops before departing to Aglona Basilica.

The Pope will hold a mass at Aglona Basilica, which will be followed by a farewell ceremony.

His Holiness Pope Francis will be in the Baltics from September 22 to 25, during which he will also visit Kaunas, Vilnius and Tallinn.