Politicians have to communicate well prepared information to society - Murniece 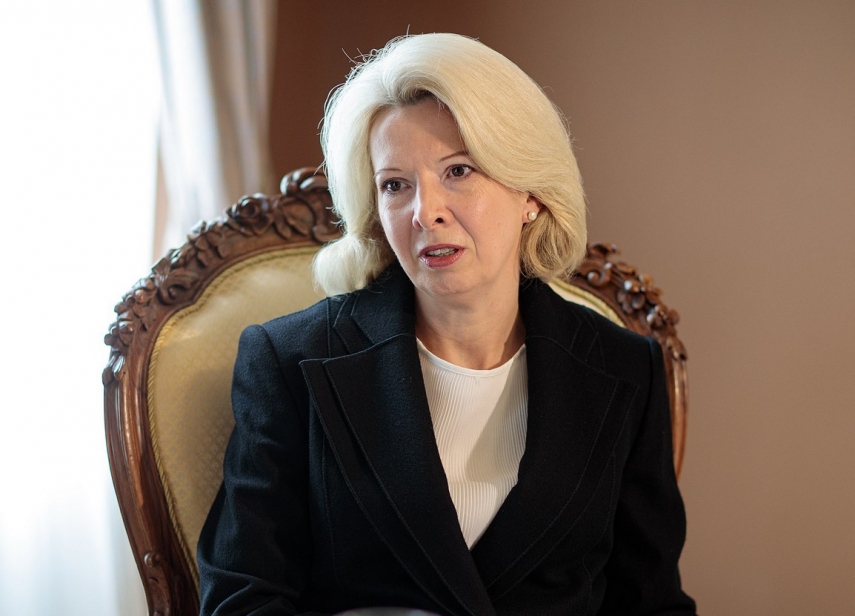 RIGA - Politicians have to communicate well prepared information to society more, pay more thorough attention and, undoubtedly, show capacity for change, Saeima Speaker Inara Murniece (National Alliance) said in her opening address at concert "Continuation. Our Voices" dedicated to the centenary of the Saeima, which took place at the Latvian National Theater on Thursday.

The task of the members of Saeima is not just the primary objective - to be a legislature - but to look much more broadly on how to empower the country and fulfil the expectations of the mandate entrusted by its citizens. In addition, society should realize more often that it is in fact a participant in policy development, said Murniece.

"The manner and tools of communication may change with the times, but the substance will always be important. And values will remain as the most important. Looking at the politics of Ukraine, the role of the leader and the people in democracy also becomes clearly apparent," noted Murniece.

"We have come together to honor democracy and parliamentarism. To honor the strength of Latvia and the fact that our voices have always been crucial to the destiny of Latvia. That was the case during the founding of the state of Latvia and during the restoration of Latvian independence, and it is true today as we create the future of Latvia - the continuation of us. Freedom, independence, democracy - these are the highest values laid at the foundation of our state and the state system," emphasized Murniece.

She said that the Latvian people's demand for democracy resulted in the first two articles of the Constitution: Latvia is an independent democratic republic, and the sovereign power of the State of Latvia is vested in the people of Latvia. "The essence of these articles of the Constitution may never be amended, so long as the will for the freedom and independence of Latvians continues to exist. Political will to have our own state. The foundation of the legal system of our state has always been based on democracy, regardless of the hardships and disruptions we may have experienced," said Murniece.

The Saeima speaker highlighted the power of the Constitution. "It has served as a cornerstone of Latvia's statehood in the most difficult of times. Our Constitution has been a safe mainstay in all our battles for freedom and independence," noted Murniece, emphasizing that the Constitution is the identity of our people and our state.

Murniece said that Latvia's greatest pride was the fact that Latvian people, over a long line of generations, have created Latvia - conceived, established, cultivated, unfortunately, lost, and later restored and upheld Latvia. "From the birth of national self confidence to a democratic state system. From the Constitution that protects the statehood of Latvia to presence in Europe and NATO, which is important for the existence of the state. Every generation has done what they could so that Latvia would exist," stressed Murniece.

"Today, we are the people working so that Latvia would continue to exist in the future. We are the people who must uphold Latvia - for us, our children and their children," said Murniece and noted that, in order to uphold our country, it is important to focus, it is our joint responsibility. "We are aware that the geopolitical dimension will always be the benchmark for evaluating the main tasks of our state. Therefore, today, there are only a few crucial tasks for us: national security, including the strengthening of our borders, complete energy independence from Russia, and a steep increase in GDP so that our people would enjoy social security and wellbeing. This must be our focus," underlined Murniece.

"I call on all the people of Latvia to unite over our highest values - freedom, independence, and democracy," wishing Latvia a long life, Murniece concluded her address.