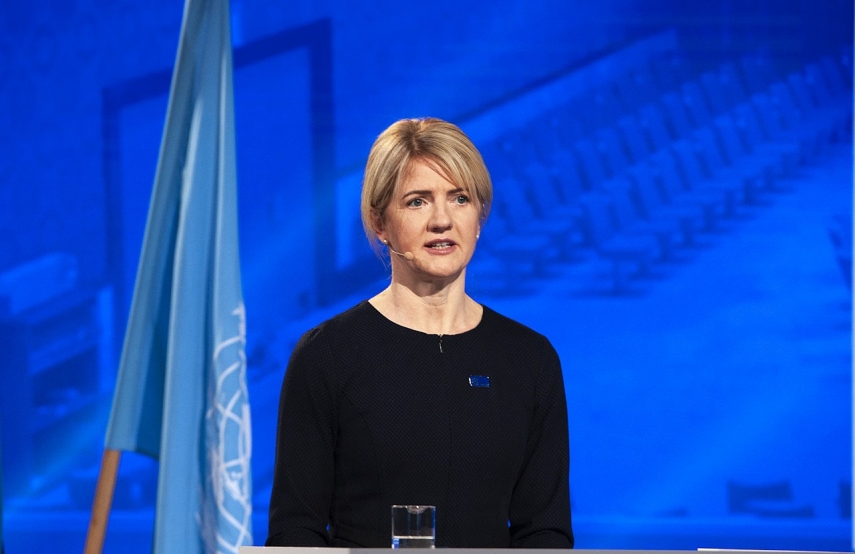 TALLINN - Estonian Foreign Minister Eva-Maria Liimets, who discussed matters related to the hybrid attack by the Belarusian regime with her Baltic counterparts on Wednesday, stressed that politically managed illegal migration must be stopped.

Liimets assured the foreign ministers of Lithuania and Latvia that their countries are not alone in this situation and that both the Baltic states and member states of the European Union are in solidarity and will assist one another.

"The flow of people directed by Belarus across the EU and NATO's external borders is a politically organized hybrid attack by the Belarusian regime," the Estonian minister said according to spokespeople. "This is not just a Lithuanian or Latvian problem -- it is clear, proceeding from the solidarity and cooperation of the Baltic countries, that, together, we must not let the security of our region to be undermined," she added.

The ministers said that the key to a solution is to engage with the source countries of migration, who need to be made aware of the political exploitation of their citizens by the Belarusian regime.

"The Iraqi government's decision to close air routes between Iraq and Belarus is a good example of the importance of international relations in tackling complex problems, but Iraq may not be the last country whose citizens the regime will try and lure into politically-driven trafficking. The European Union as a whole, as well as the member states, must be ready to react and intervene in the situation at an early stage to prevent pressure on the EU's external borders," Liimets said.

The Estonian minister described raising awareness of the problem at the international level and enhancing cooperation as extremely important. The joint statement adopted at the meeting of the Baltic prime ministers on Aug. 6 also confirms the determination to protect the European Union's external border against illegal migration from Belarus, she said.

Slightly over 4,000 illegal border crossers have arrived in Lithuania from Belarus this year, while Latvia has detained close to 350 illegal migrants at the border. Estonia has sent a unit of 10 police officers to Lithuania and is also supporting Lithuania in the framework of the EU Civil Protection Mechanism and Frontex joint operations.