Political tensions do not hinder expanding business in Africa 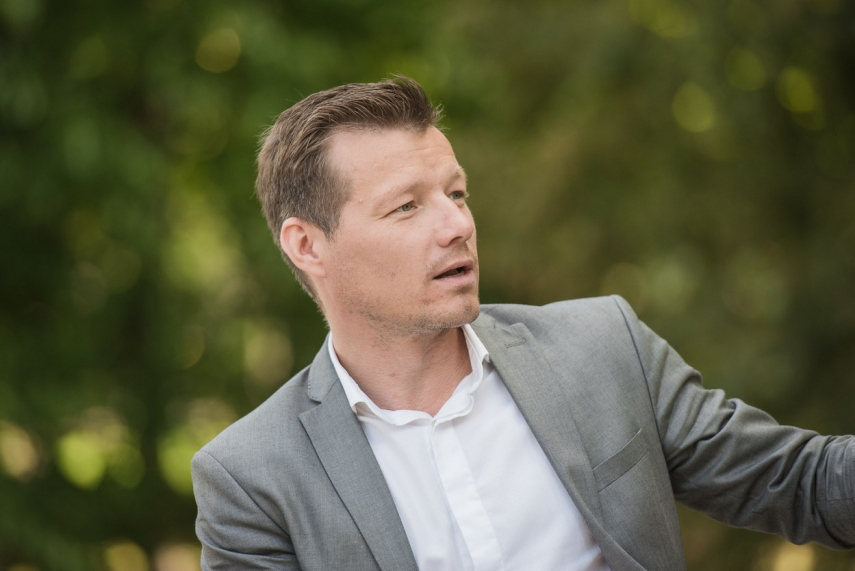 Although media all over the world reported alarming news from Guinea in early September - special forces seized power and detained President Alfa Conde, AS Fertilizer Group has no doubt that Africa is still a region worthwhile for business development. Guinea's land and air borders were closed and the government was dismissed creating chaos in the country. Representatives of foreign businesses felt some uncertainty about their future operations. AS Fertilizer Group which operates in 40 countries worldwide, shares its experience on doing business in Africa. The group works with NPK Expert brand in 25 African countries, exporting fertilizers and organic growth accelerators for better crops.

The head of the Fertiliser group Girts Celajs emphasizes that if the current head of state is taken by force and kept away from decision-making, then it certainly affects business environment as well. “This is all the more so because last year we delivered one of the largest cargoes to the Guinean Ministry of Agriculture - a load of 12,500 tonnes or a medium-sized ship worth four million euros. Complex soil fertilizers (nitrogen, phosphorus, potassium) were delivered to farmers in the government supported areas of Guinea. At present, any new public procurement has been suspended until further clarification of political situation.

“This deal was carried out based on our former successful and high-quality deliveries, furthermore Guinean Government aimed to increase competition in fertiliser market, as previously supplies for three years were made almost exclusively from the Moroccan conglomerate OCP, related to the King of Morocco,” accentuates G.Celajs.

In Guinea itself, views differ on the Conde government, with some saying the country has experienced rapid economic growth during the presidency, while others criticize ignoring the rise of unemployment and low living standards. Although in the context of recent events Guinea is seemingly exotic and unstable, this country is no stranger to Latvian business as an export destination.

Girts Celajs refutes the myth that cooperation with African countries is often associated with corruption: "Stereotypes about rogue Africa are based on more myths than facts. An agreement with the government of an African country does not immediately mean that a bribe has been involved. However, there is no doubt that the lack of political stability is a burden on any business sector and poses a great risk. Especially if there is a formation of potentially violent groups in the country that are not willing to take democratic steps towards gaining the power."

He recalled, however, the positive signals that various international organizations considered Alpha Conde to be a legitimate head of state and that even ECOWAS leaders were negotiating a return to a peaceful governance.

For the NPK Expert brand this autumn marks a new stage in the African business, as a factory will be opened in Tema, Ghana, which is the country’s main port city, near the capital Accra. It will be a plant located furthest from our headquarters, says Celajs. He comments that the planned production capacity of the plant is 100,000 tons per year, half of which will be delivered to the local market, but it could also be exported to Latin America.

He elaborates: “The West African country Ghana has been developing fantastically fast in recent years. There is a stable political situation, governments are changing peacefully, without scandals. Local historical cooperatives are actively modernizing. All of this has been a catalyst for us to set up a factory with our partners.”

Partners from Malawi and Cameroon meanwhile have encouraged the invention of the Smart Farmhouse, after approaching NPK Expert with a challenging issue – a need for a product that could potentially help to solve the employment problem in women's communities. Celajs says that first smart farmhouses could be delivered already next year. The smart farm module is a container with a control center for complex crop growth facilitation, so that agricultural works can be carried out quickly and efficiently and several households can be fed from a relatively small plot of land.

Asked whether the pandemic affected the fertilizer industry, G.Celajs comments that business has changed for the better, because less resources are spent on travel - a lot can be done remotely. Furthermore both – individuals and countries now are much more focused on being closer to nature and agriculture, which means that demand for soil supplements is growing.