Polish president objects to reshaping of postwar borders in Europe 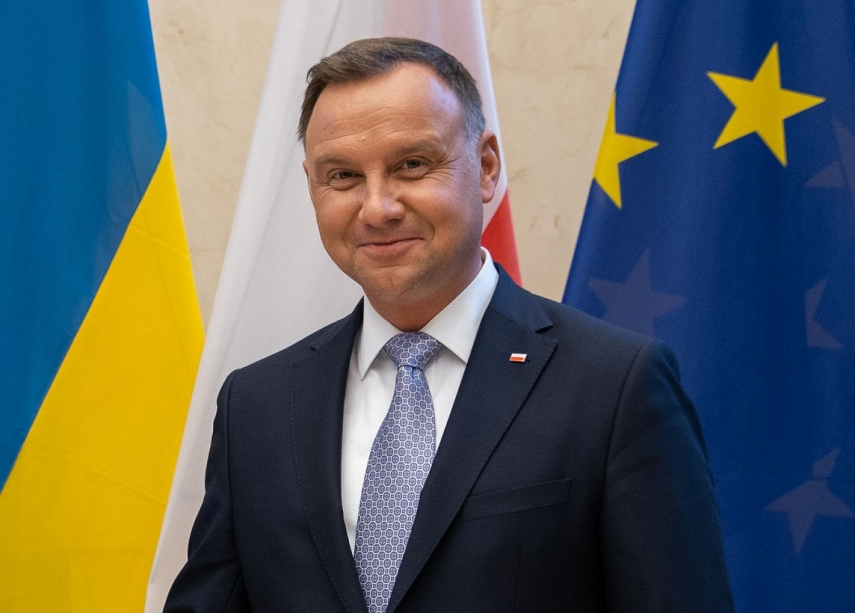 WARSAW - Polish President Andrzej Duda has spoken categorically against the reshaping of borders in Europe, similarly to what happened during WWII or in Ukraine in 2014.

"Ukraine should remain a free sovereign state, and nobody can violate the calm and territorial integrity of Ukraine, especially in the context of the 80th anniversary of the start of WWII," Duda said at a news briefing with Ukrainian President Volodymyr Zelensky in Warsaw on Saturday.

The Ukrainian leader recalled that the Polish nation stood up in defense of their homeland against the Nazi invaders on September 1, 1939.

"Representatives of the Ukrainian people, then citizens of the Republic of Poland, also fought shoulder to shoulder with the Poles at the time. According to historians' estimates, thousands of Ukrainians fought in the ranks of the Polish army. Many of them gave their lives in the bitter fight against the Nazis and fell victims to the Communist totalitarian system," Zelensky said.

Eighty years later, Poland is helping Ukraine defend its territorial integrity, and some Poles are doing this shoulder to shoulder with Ukrainian soldiers, he said.

Poland is to host events marking the 80th anniversary of the start of WWII on September 1.