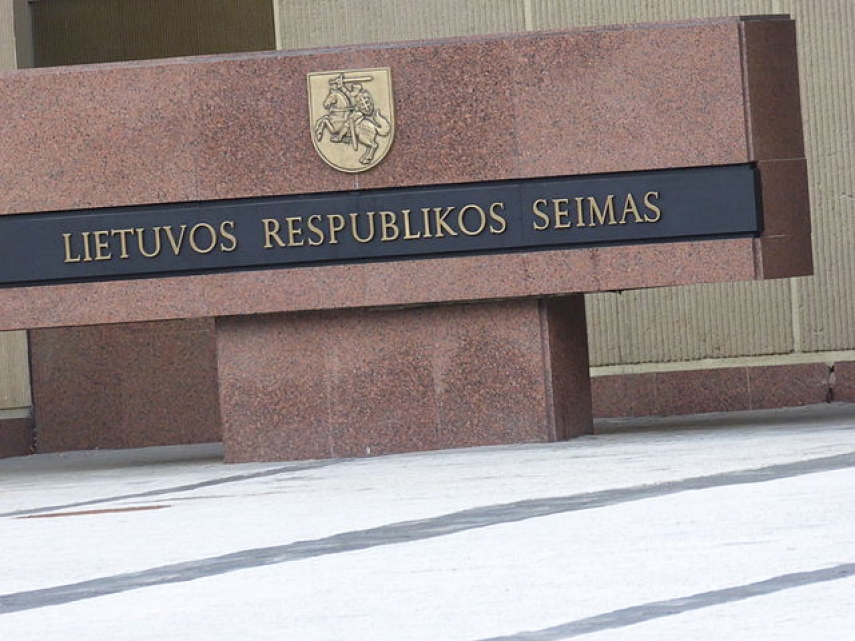 VILNIUS – Lithuania's police will mark a distance that must be kept from the country's parliament, the Seimas, and other institutions Police Commissioner General Renatas Pozela says, speaking on Thursday about lessons learnt following a rally outside the parliament earlier this month, which later evolved into riots.

"Police will take measures for this perimeter to be marked using technical measures. We plan to do that and are already making preparations. It will be clear how far people can go and where already the limit protected by law is," the police chief told journalists on Thursday.

"We see the same situation near other state institutions where there's a strict requirement to keep a 75-meter distance," he added.

In his words, there are also plans to install a fence around the parliament ahead of protests.

According to the Interior Ministry, in the future, during extreme situation periods, mass gatherings (protests) will be viewed as high-risk events, therefore, the police will be represented at a higher level during the consideration of permits for such events.

Pozela also pointed out that, in the police's view, events involving several thousand people outside the parliament should not take place as there's no sufficient room for that.

On Thursday, chiefs of the Police Department and the Public Security Service presented an analysis to Interior Minister Agne Bilotaite on the August 10 rally outside the parliament, which later evolved into riots. Officers also provided their conclusions and tactical solution on how public order and security would be ensured during risky mass events in the future.

The interior minister told the press conference a conclusions was done that action officers took on August 10 was adequate based on the information available then and the situation, and critical mistakes were avoided.

The police chief also said that the so-called Scandinavian model was chosen during the riots, based on effective international practice of taking all possible measures not to escalate the situation and ensure public order through dialogue groups and peaceful measures, avoiding the use of force. This model will be employed in the future as well.