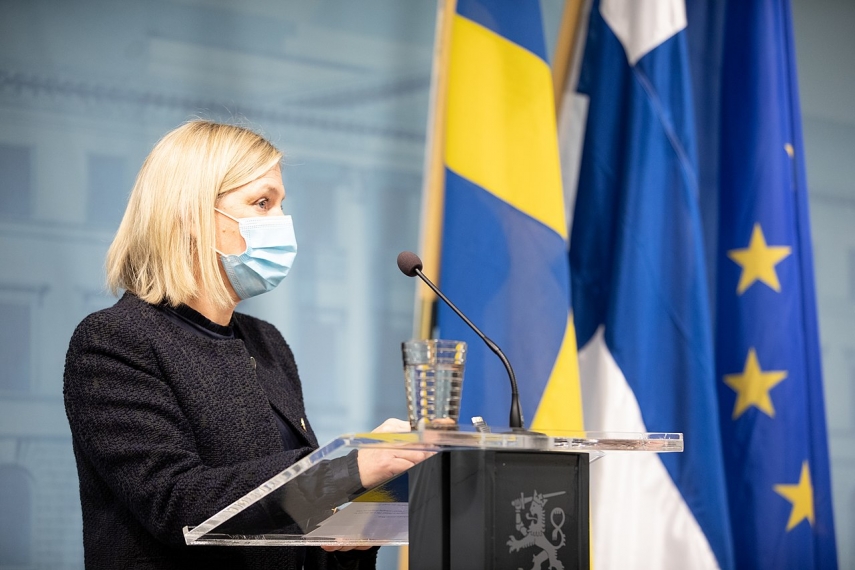 "In the current security situation, it has proven an unpleasant surprise for Russia that we're standing up with the western states against its ultimatums in such a uniform manner," Kallas was quoted by government spokespeople as saying.

"Russia is attempting to polarize us by sending separate messages and to escalate the situation with various provocations. Unity is the best deterrence to prevent the situation from deteriorating in Ukraine," she added.

Kallas noted that EU states and the United States have jointly developed a package of sanctions in case Russia should expand its aggression.

"I thanked the Swedish prime minister for [Sweden's] cooperation with NATO in strengthening the security of the Baltic Sea -- Sweden is one of the closest partners to NATO," Kallas noted.

In the course of what was the first longer meeting between the two prime ministers, topics discussed also included cooperation in the Baltic Sea region and in the European Union. The Swedish premier deems Nordic-Baltic cooperation important and wants to see the local region become the most integrated, sustainable and digitized one in the world.

"Our biggest challenge before the European Union for the coming decades is to achieve climate neutrality, which enables us to redefine the current economic model into a more efficient and sustainable one. We want to engage in close cooperation with Sweden in our pursuit of climate goals," Kallas said.