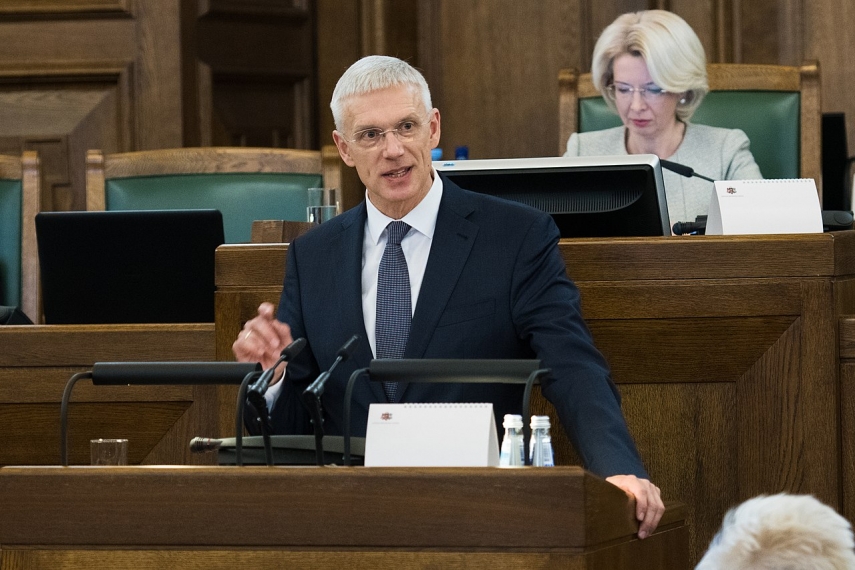 RIGA - Prime Minister Krisjanis Karins (New Unity) has been evasive in his comments about some coalition members’ participation in the March 16 procession in Riga commemorating the Latvian legionnaires who were drafted into the German forces during World War II.

The premier noted that he had urged coalition partners to remember the WWII soldiers at Lestene Brethren Cemetery in western Latvia but that Latvia is a free and democratic country. Karins also pointed to Russia’s constant attempts to use this controversial date to discredit Latvia, adding that with each year these attempts have been less and less successful.

Asked if that means that his adviser for demographic matters Imants Paradnieks (National Alliance) is facing no sanction for participating in the March 16 procession, Karins did not give a straight answer, but stressed that he expects Paradnieks to come up with proposals how to improve Latvia’s demographic situation, especially given that the effect from growing investments in this sphere has been decreasing lately.

As reported, the traditional March 16 procession in the Riga center last Saturday was joined by several politicians from the National Alliance, including Paradnieks, Raivis Dzintars, Janis Iesalnieks, Aleksandrs Kirsteins and Edvins Snore.