PM: Estonia must support getting started with entrepreneurship 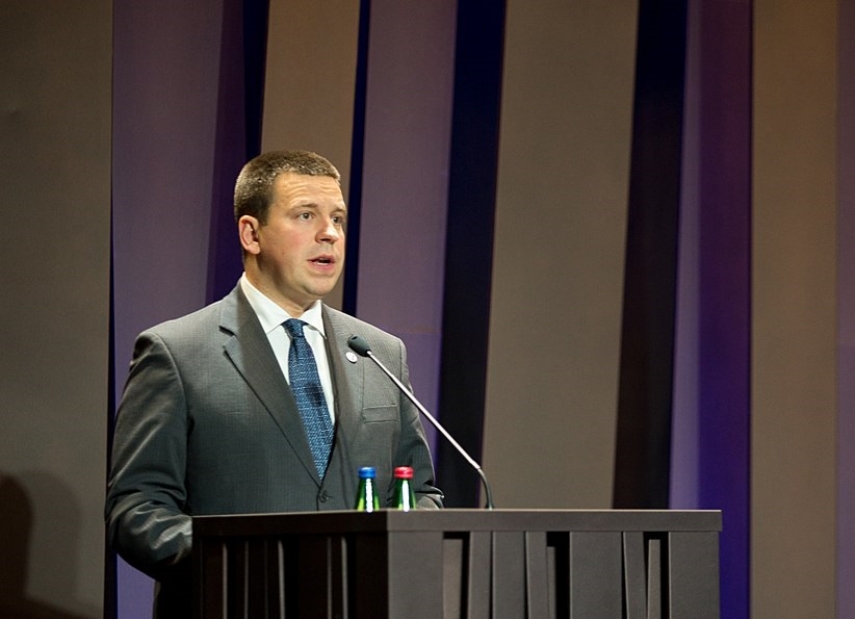 TALLINN - Estonian Prime Minister Juri Ratas at an entrepreneurship seminar held in the county town Valga on the Estonian-Latvian border on Monday emphasized that entrepreneurship is the engine of the state's development and the government must support getting started with business as well as the growth of existing companies.

The prime minister said that the development of entrepreneurship plays a vital role in achieving the government coalition's main objectives, which include increasing the number of residents, decreasing the inequality of incomes, enlivening the economy and bringing economic growth to all people of Estonia. "We must stand to ensure that our companies have better growth possibilities, that getting started with entrepreneurship in Estonia is simple and that the government offers the shoulder of strength necessary for the growth and development of companies," Ratas said.

The prime minister said that the government has resolved to decrease the rate of the excise duty on electricity for businesses with a higher energy intensity approximately nine-fold and implement an excise duty rate reduced by approximately six-fold for companies with intensive gas consumption. These steps promote investments, which help establish new jobs in Estonia and through that contribute to the development of the Estonian economy.

"In terms of information and communications technology, the government over the next four years will invest approximately 118 million euros in the maintenance, update and further development of the information systems and devices of Estonia's e-state," Ratas said. He added that with the launch of a pilot program, the state will support the digitalization of industrial companies and will offer help in product development.

"I know that especially in Southeast Estonia, one of the main concerns of residents and entrepreneurs is local roads. This was one of the most concrete bottlenecks at a recent meeting with the Association of Estonian Cities and Rural Municipalities -- the maintenance of local roads requires more resources. Even though road maintenance will be supported with more than 29 million euros this year, this sum must increase in the future," the prime minister said.

Ratas said that the construction of the Kose-Mao section of the Tallinn-Tartu highway into a four-lane road will continue and the construction to last until 2022 will cost an estimated 170 million euros. "Compared to the old one, the new section of highway will save Estonia approximately 10 million euros a year on traffic accidents and time and vehicle expenses and the distance between cities will shorten by 5.3 kilometers and by nine minutes in terms of time," the prime minister said.

The prime minister participated in the entrepreneurship seminar along with Minister of Public Administration Janek Maggi, who along with officials of his area of government is spending the first week of October working out of Southeastern Estonia -- three days in Valga and one day each in Polva and Voru.

"The Southeast Estonia program will launch from next year already. A total of 3.2 million euros over four years should be spent on increasing the competitiveness of local companies and creating new job positions. Also on improving the accessibility of national services and the welfare of local residents," Maggi said when listing the goals for which knowledge is being gathered in Southeast Estonia for a week. "October 1 should become a tradition when government members visit local government and thoroughly familiarize themselves with the latters' needs. This would improve the cooperation and leadership capability of both sides," the minister said.