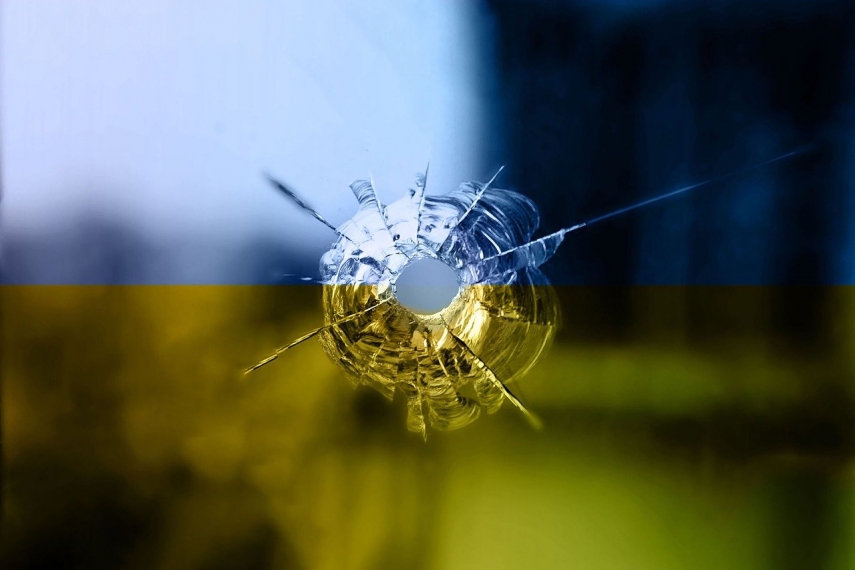 RIGA - An exhibition about the war in Ukraine will be organized at the Victory Park in Riga, Riga Mayor Martins (For/Progressives) said in an interview with commercial TV3 television.

In his words, the celebrations of the Soviet Victory Day on May 9 cannot be held for as long as there is war in Ukraine. "I am very skeptical about any events there unless they are in support of Ukraine," the politician said.

A photo exhibition will be organized in the park in cooperation with photographer Ilmars Znotins who has selected photos of the everyday of the war in Ukraine from photo stocks of different news agencies. The photos will be displayed at the Victory Park from late April until the middle of May.

"It is symbolic because the Victory Park originally was developed as the park dedicated to the victory after Latvia's independence battles where Latvia demonstrated to the whole world that a small army, very motivated and with a strong wish for independence can defeat a much bigger army," the mayor said.

As reported, Stakis has called on the Riga executive director not to approve the annual public event on May 9 by the monument dedicated to the Soviet army soldiers in Pardaugava.

In an interview with Latvian public television's analytical news program De Facto on Sunday that it is his personal opinion that such an event should not happen and there is no place for it in the Latvian capital.

He called on event organizers even not to submit their application for the event. Even if the local government does not manage to ban it, no catering, sales, sound devices and fireworks will be allowed during the event.

Stakis underscored that the whole world remembers the victims of World War II on May 8, and no permission is needed for laying flowers.

May 9 is the day Russia marks the surrender of Nazi Germany in 1945. Many Russian-speakers in Latvia also celebrate Victory Day on May 9. Elsewhere in the world, including in Latvia, the official day for commemoration of the end of World War II is May 8, while May 9 is Europe Day.