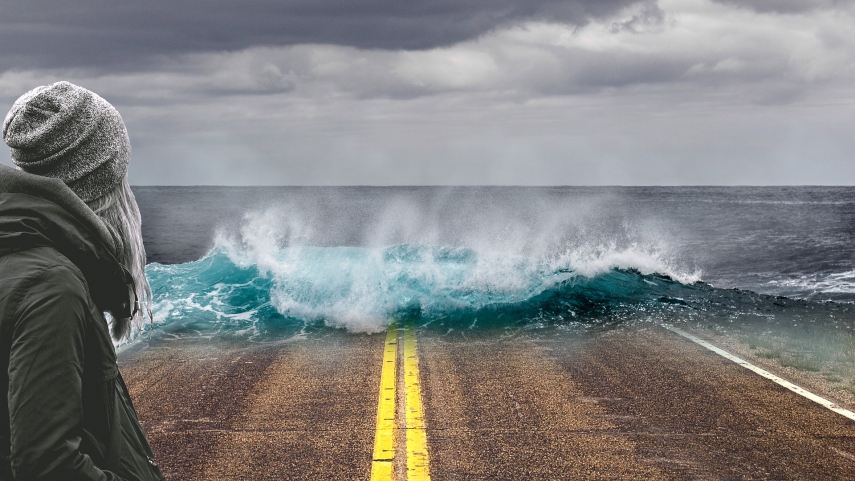 VILNIUS – Everyone can contribute to elimination of consequences of global warming, however, Lithuania will also have to meet its commitments, says Lithuania's Environment Minister Kestutis Navickas attending climate change summit in France.

"Everyone is important here, every person is important. The decisions we make on a daily basis change climate, however, we must meet our engagements as a state," the minister told BNS in a telephone interview from Paris on Tuesday.

Titled One Planet, the summit is attended by dozens of world leaders and hundreds of ministers, corporate executives and environmentalists. The meeting is held two years after the historic Paris agreement on efforts against climate change.

The main objective of the treaty is to keep the warming at under two degrees from the pre-industrial era.

The European Union (EU) is currently discussing distribution of the commitments of the efforts against global warming for every member of the organization.

The Lithuanian minister said Lithuania could be assigned to reduce the emissions of greenhouse gases in the transport sector, agriculture and households by 9 percent by 2030.

"We are now intensively working on an action plan to make sure that the goal is achieved, as the first reporting period will be 2019," said Navickas.

In his words, Lithuania will have to work to reduce the use of non-organic fertilizers, as well as seek ways to encourage the nation to drive less polluting cars and renew the car fleet.

In the minister's words, Lithuania' municipalities will have to expand the network of public transportation to make it an attractive alternative for the people.

"We must keep the mobility but reduce the number of vehicles," said Navickas.

The atmosphere of the meeting was somewhat dimmed by the decision made by United States President Donald Trump in June to withdraw from the Paris accord, which had been negotiated by nearly 200 countries for over two decades.

The Lithuanian environment minister said other countries continued to implement the agreement.

"The atmosphere is that it is a very clear signal that exit of one partner, even a very big one, will not derail the overall objective," said Navickas.

Among those absent from the Paris meeting are leaders of other highly-polluting countries, namely, China, India, Brazil, Russia and Canada.