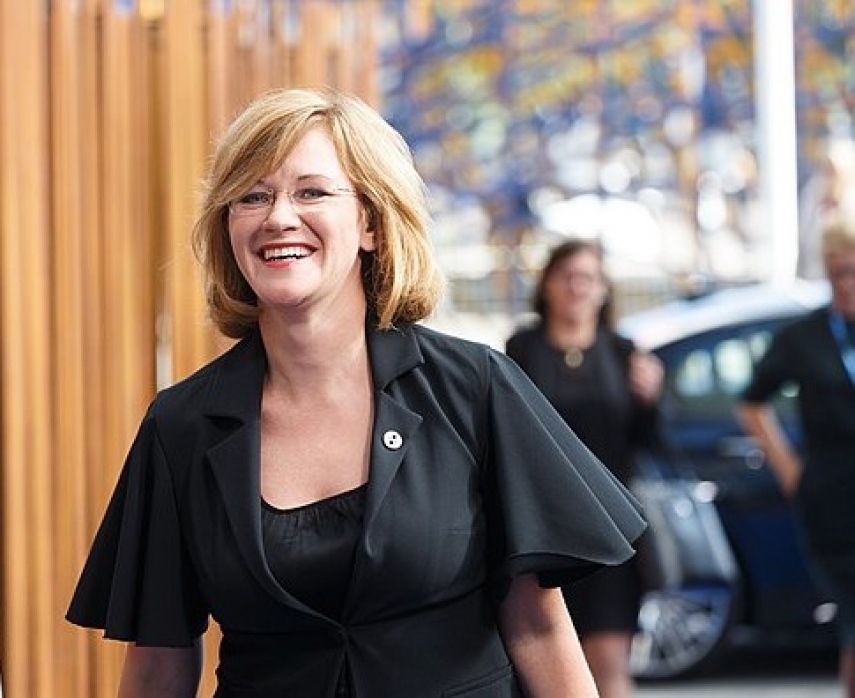 As LETA was told at the Foreign Ministry, Kalnina-Lukasevica on Thursday met with Olga Karach, a journalist, human rights activist and leader of Nash Dom NGO. Also taking part in the conversation were Iluta Lace, director of the Centre Marta, as well as the center's policy coordinator Liva Matuzele and civic activist from Belarus Ilona Rudenia.

Kalnina-Lukasevica expressed support for Belarus' society in its efforts to establish and live in a free and democratic Belarus, which respects the rights of its citizens; she also thanked Olga Karach for her work in the protection of women’s rights in Belarus.

Karach thanked Latvia for support offered to the Belarusian civil society and highlighted the role of Belarusian women in the protest movement as well as their vulnerability in the face of Lukashenko regime’s repression, where women are punished for supporting the protest movement: their children are taken away and they themselves are arrested or even placed in psychiatric establishments. Support provided by Latvia has made it possible until now to promptly offer a helping hand and encouragement to the victims of repression.

Karach suggested the Latvian side consider launching a project that would offer rehabilitation to women affected by repression under Lukashenko’s regime. Besides, thinking about the time when Lukashenko is no longer the leader of Belarus, Latvia’s experience with reforms will be needed for transition to a liberal and democratic state. A major change has taken place in the consciousness of the Belarusian society over the past year. People no longer want to put up with their current rights-deprived state while being aware that the future of an independent and sovereign Belarus is to be associated with European values and democracy.

Nash Dom in partnership with the Centre Marta have implemented a program financed by the Ministry of Foreign Affairs of Latvia to provide psychological, practice, legal and medical assistance to persons who have suffered from human rights violations in Belarus following the presidential election of August 9, 2020.