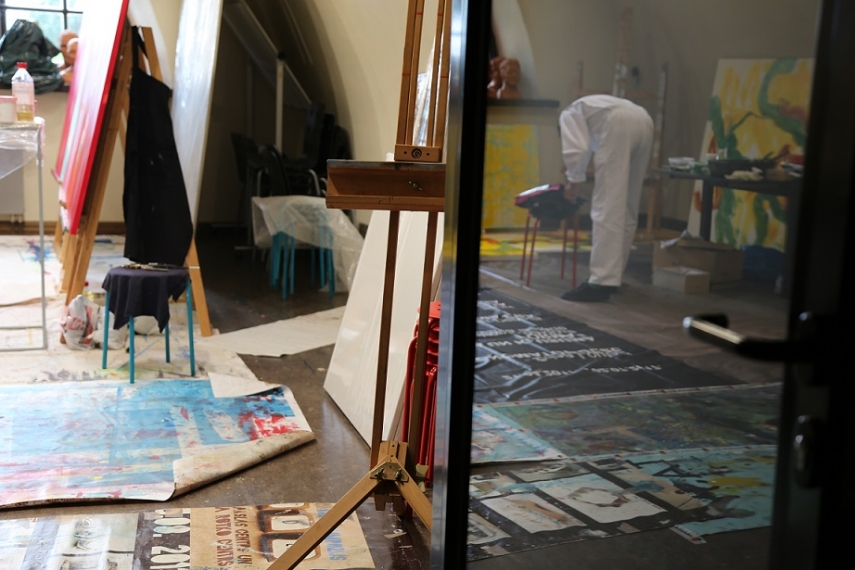 International painting symposium “Mark Rothko”, which has become a fine tradition, will run 8 through 21 September at Daugavpils Mark Rothko Art Centre, this year – under the topic “Painting our future together”.

The medium of painting continues to draw the attention of artists, art aficionados and collectors all over the world. This is confirmed by the name of Mark Rothko, whose work and ideas have been followed by several generations of artists. To mark the 115th anniversary of the great genius, this year the artist’s native city of Daugavpils invites a new group of artists to be inspired and create in the very space Mark Rothko drew from throughout the first 10 years of his life and which he thereafter kept in his childhood memories.

At 4 p.m. on Saturday 8 September, the symposium will be officially launched at Daugavpils Mark Rothko Art Centre with participant presentations during which they will introduce themselves, tell about their creative backgrounds and allow a glimpse into the ideas they intend to implement during the symposium. Exhibition of artwork created by symposium participants will be opened at the Rothko Centre alongside other exhibitions of the Autumn Season at 4 p.m. on 21 September.

When the Autumn Season will have run its course, some artwork created during the symposium will be exhibited in other European Countries within the framework of the Latvia-Lithuania-Belarus cross-border cooperation project “Painting Our Future Together”.

The U.S. Embassy will co-fund the publication of symposium catalogue, which will subsequently be available at Daugavpils Mark Rothko Art Centre and in several libraries.