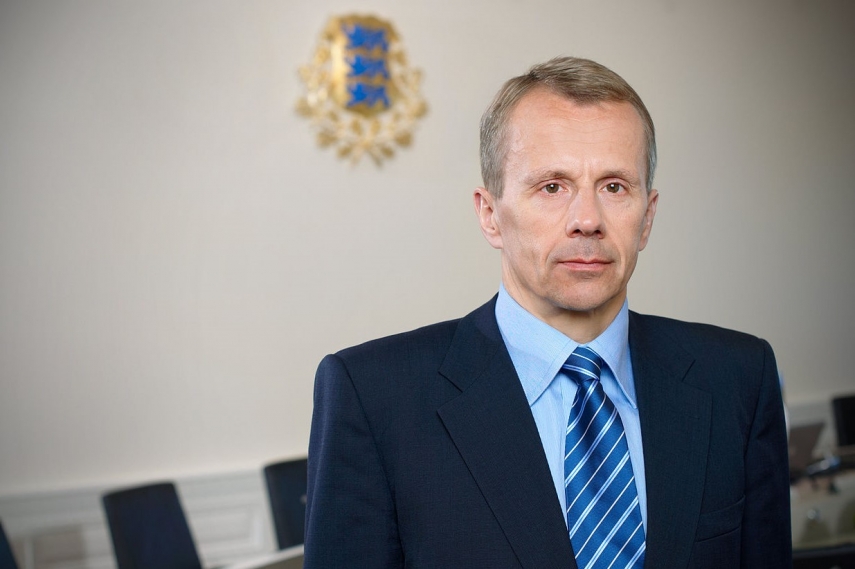 "Citizenship and the Estonian state are turned into merchandise. In Ratas' opinion citizenship has to be given to those who moved into Estonia before 1991," Jurgen Ligi, chairman of the Reform Party group in the Riigikogu, said on social media referring to Juri Ratas, prime minister and chairman of the Center Party.

"Socialists have now taken a second step, they would give citizenship without [command of] Estonian language and an exam also to the rest, those living here since 1991," Ligi said.

The idea of Raik was denounced also by MEP Urmas Paet, who said that awarding of citizenship under facilitated rules would not be fair towards people who have obtained citizenship after successfully taking the citizenship exam and the Estonian language exam.

"We should not forget about the 161,000 people who have applied for and received Estonian citizenship, successfully taking the relevant exam. Thus changing the rules suddenly now would not be fair towards these people as well. Not to mention that 27 years after the restoration of Estonia's independence, the people who live here having basic command of the Estonian language should be taken for granted. With that time whatever language can be learned if there is a wish to do it," Paet said on social media.

Raimond Kaljulaid, member of the board of the Center Party, welcomed the initiative of the Social Democrat minister.

"If the proposal of Katri Raik becomes the stance of SDE, that would definitely change the political situation of Estonia, as for the Russian voter, to whom this matters, more alternatives than one will emerge. It also increases the likelihood that Estonia indeed is able to turn the page in citizenship policy," Kaljulaid said.

"I am hopeful, considering that also many Estonians now think that this is a topic where the state could be humane and accept it that people who have lived in Estonia for decades, worked and raised their children here deserve equal treatment and equal opportunities," the member of the board of the Center Party said.

Raik said in an interview to Eesti Paevaleht published on Monday that Estonia should make the possibility to obtain citizenship under simplified rules available during one year to everyone who has lived here since 1991.

"In my opinion it would be worthwhile to discuss after the elections whether we should initiate a movement such as 'window of citizenship.' Shouldn't those who have lived in Estonia since 1991, who have not been punished pursuant to criminal law and are ready to swear an oath of allegiance to the Estonian state be able to obtain Estonian citizenship during one year? But they would have to write an application themselves, because citizenship is not a gift," Raik told Eesti Paevaleht.

Raik admitted though that the idea did not have the support of the entire Social Democratic Party.

"I don't know if we are ready for it. There should be a discussion, however. I can tell you that Social Democrats are not of one mind over it either," said Raik, head of the Narva College of the University of Tartu, who leads the SDE ticket for East Viru County in the forthcoming general elections.

There are about 70,000 mostly Russian-speaking people in Estonia who don't have the citizenship of Estonia or any other country, who are referred to as holders of the grey passport after the color of the alien's passport issued to them.