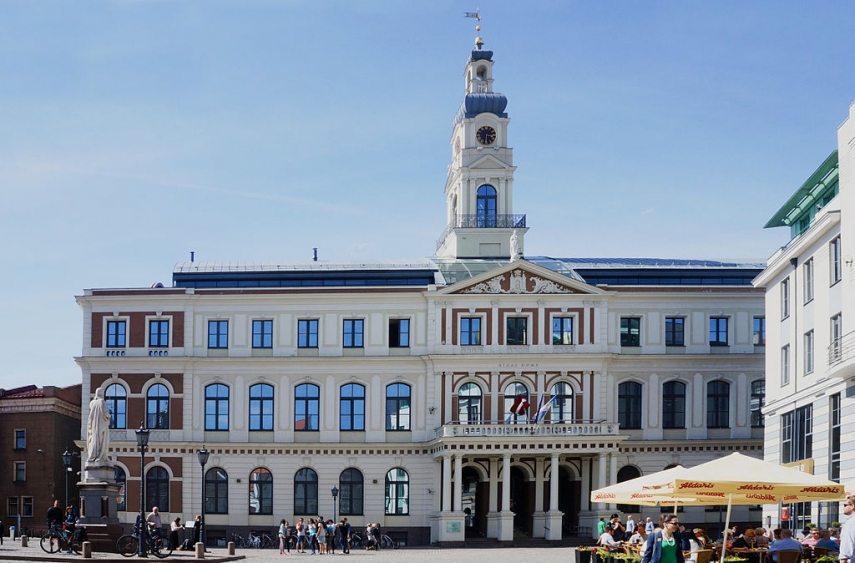 RIGA - The opposition walked out of the extraordinary meeting of the Riga City Council on Monday and the members of the ruling coalition in the city council adopted new restrictions on the questions that the councilors can asked at the local council meeting.

As reported, earlier today the Latvian Minister of Environment and Regional Development, Kaspars Gerhards (National Alliance), issued a decree annulling amendments to the municipal rules of procedure adopted by the Riga City Council in early March that limited the number of questions that councilors can ask at the local authority's meetings to just three. Few hours later, Riga Mayor Nils Usakovs (Harmony) announced that he was calling an extraordinary meeting of the Riga City Council later on Monday in order to lift the municipality's decision limiting the number of questions councilmen may ask at the meetings and instead to put a limit on how long such questions may continue.

The resolution adopted by the Riga City Council today establishes a time limit for the questions - 20 minutes per draft resolution and an hour-and-a-half for the matters concerning the municipal budget. The respective amendments to the municipal rules of procedure will take effect already on Tuesday, March 27.

Gerhards said earlier today that setting a time limit for the questions was an attempt by the Riga City Council leaders to create a comfort zone for themselves and to ignore the opinion of the municipality's opposition members.

He said that the ministry would assess also the new restrictions, if the Riga City Council adopted them. "To review a budget of almost EUR 1 billion in just one-and-a-half hours - I don't think that's possible," said the minister, adding that Usakovs' latest initiative could disrupt the city council's work. Residents expect that municipality members they have voted for will do everything in their power to protect these residents' interests, but if the new initiative is endorsed, that may become much more difficult for the opposition councilmen, Gerhards said.