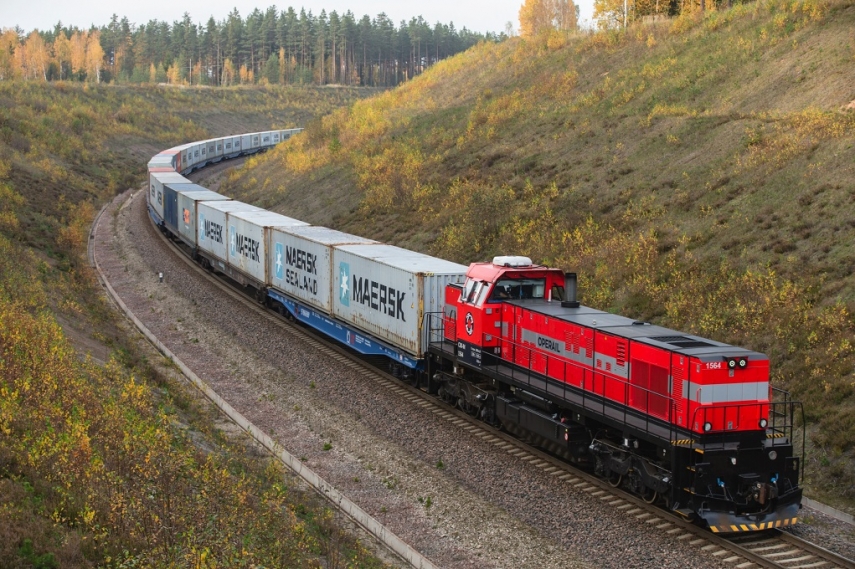 TALLINN - Operail, which yesterday carried out the first trip on the domestic Tartu-Sillamäe-Tartu container train line, has set itself the goal of reducing goods traffic on Estonia’s highways and increasing goods transport by rail.

According to Operail, the container train line from Tartu to the port of Muuga, which went into operation in summer last year, has reduced traffic volumes on the country’s main highways by more than 400 trucks per month, and the new Sillamäe line that opened yesterday shows clients’ interest in domestic container transport by rail. “Administratively, our multi-modal rail freight transport is as simple to order as road transport, and our train timetable is synchronised with shipping lines,” explained Head of Sales at Operail, Urmas Peterson. “When transporting freight by rail, the ecological footprint of the freight is significantly smaller, and road safety also increases on our roads,” said Peterson, explaining the benefits of rail transport.

According to Peterson, it is worth noting that one container train on average transports the goods of 50 to 100 trucks, and over the next few years, the company plans to increase the number of departures to five train pairs per week, meaning five departures in each direction. “Upon reaching such volumes, transhipment will take place at other Tartu sidings also, and at other stations in South Estonia,” added Peterson.

In order to improve service on domestic freight lines even further, Operail plans to make further investments in the development of the Tartu loading yard in the spring to modernise the lighting and security systems and to delimit the loading area. “Our goal is to offer competition to highway transport and to establish a container depot in Tartu where we can handle both import and export containers without having to transport them to the port. This will undoubtedly improve the efficiency of rail freight transport and increase competitiveness,” said Peterson of Operail’s future plans.

As of January, more than 16,000 tonnes of freight had been transported between Muuga and Tartu by container train, the largest portion of which were timber products for export.