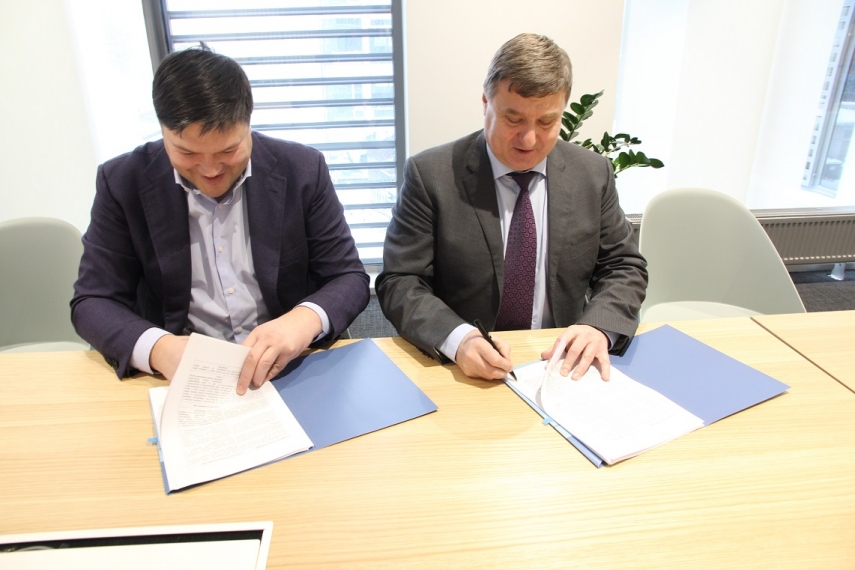 TALLINN - International logistics and transport company Operail has signed an agreement with a subsidiary of Ukraine’s largest industrial group, SCM, and is leasing two modern C30-M locomotives, built at the Tapa depot, to Ukraine.

The agreement, signed on Tuesday, 29 January, is a major milestone for Operail’s rolling stock modernisation and manufacturing business. “The agreement we have signed today shows that the work of the last year and a half is bearing fruit. It is important that we develop areas that are not narrowly tied only to rail freight transport, but that look at the rails more broadly,” said Chairman of the Operail Board, Raul Toomsalu. “These first two environmentally friendly and economical locomotives that are headed to Ukraine are just a tenth of our capacity. Currently, we are constructing a third locomotive, and the necessary agreements for the construction of four more machines have also been signed with our partners. In total, we plan to modernise 19 locomotives in stage one,” added Toomsalu.

Operail began the modernisation project for the American-designed C30-M locomotives in 2016, and in October last year presented the first C30-M locomotive built in Tapa. “This is a € 40-million project where we have successfully taken our first steps. The C30-M locomotives are very versatile and are suitable for both shunting as well as local haulage. In addition, they can be easily configured for the target market’s rail gauge, meaning that the Finnish market, for example, is also open to us,” said Toomsalu.

C30-M locomotives are assembled by Operail using the frame and chassis of the C30-7A locomotive, manufactured by the international company General Electric, and the modules are designed by CZ Loko, a large manufacturer in Europe. The locomotive is certified in the European Union. The 6-axle locomotive weighs 138 tonnes with an axle load of 23 tonnes, and it uses AC/DC power transmission. The locomotive is equipped with the Caterpillar 3512C HD diesel engine with a power output of 1,550 kW (2,079 hp), and its maximum speed is 100 km per hour.