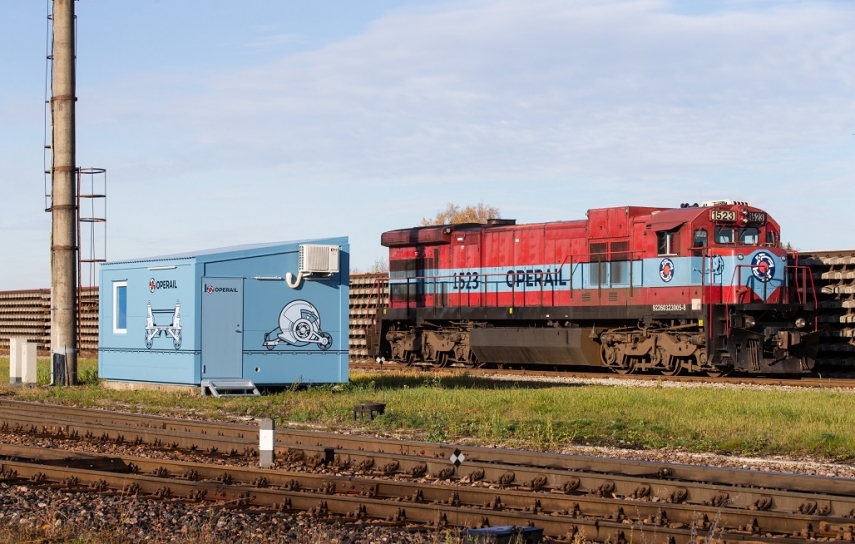 Operail has started single-person operations, which mark a new era in the rail sector at large and make freight transport even more efficient.

Although freight trains have previously always had a driver and assistant in the locomotive cab, last week saw the first single-person operation. This means that all necessary operational procedures and safety were the sole responsibility of the driver. "This is a very big step towards making rail freight more efficient and marks an important milestone in our efforts to bring efficiency to the Estonian rail sector," said Raul Toomsalu, Chairman of the Operail Board.

Operail began with preparations for the project nearly one and a half years ago. Initially, all the locomotive crew’s activities were mapped, and incidents, technical failures and their causes in recent years were analysed. "During the project preparation phase, we installed automatic fire extinguishers on the locomotives, upgraded their onboard alarm system and installed cameras to improve the driver's field of vision," explained the head of Operail. “Single-person operation is common practice for passenger trains and is a widespread practice for freight services in Europe. Now it is also our new standard,” confirmed Toomsalu.

In the future, Operail plans to introduce single-person operations on all direct trains. "At the moment, we have outfitted one locomotive, and by the end of the year four additional locomotives will be completed," said Toomsalu.

Operail's first single-person trip was preceded by co-ordination with Estonian Railways and the Consumer Protection and Technical Regulatory Authority.