One year of President Ilham Aliyev: What do the Azerbaijani people think about the presidency? 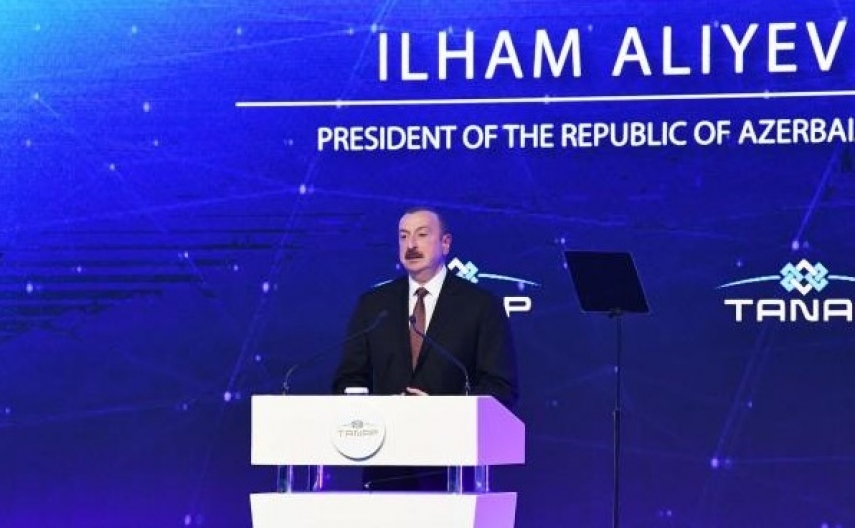 BAKU - One year has passed since Ilham Aliyev won the presidential elections in Azerbaijan in 2018. The influential “Opinion Way” company of France has conducted extensive surveys in all regions of Azerbaijan in the past year to study the current socio-political situation in Azerbaijan, the activities of President Ilham Aliyev, and the country's public opinion on the country's overall domestic and foreign policy. According to the results of the  survey, President Ilham Aliyev has increased his previous rating and high voter confidence. The population positively assessed the President's reforms over the past year.

Farid Shahbazli, chairman of the Azerbaijani “Reformist Youth” Public Union, commented on President Ilham Aliyev's last year's activity and the results of an opinion poll conducted by the influential “Opinion Way” company.  He noted that the program, launched by President Ilham Aliyev during the propaganda and agitation period, has been successfully implemented over the last year.

Farid Shahbazli stated that President Ilham Aliyev initiated the process of large-scale and multi-faceted reforms: “During this period, all the necessary steps for the well-being and prosperity of the people and consistent measures for the welfare of the population have been taken by the President.  Today Azerbaijan demonstrates to the world a new model of development in the political and economic spheres. The president communicates directly with the citizens of all social groups, listens to their problems and reacts promptly. These are all factors that make up the president's high authority among the people”.

Farid Shahbazli said that President Ilham Aliyev's foreign policy was based on the protection of national interests, as well as close cooperation with the world states, mutual respect and support.

According to Shahbazli, TANAP, Baku-Tbilisi-Kars railway, TAP, Southern Gas Corridor and other major projects, the important regional projects initiated by Azerbaijan have been realized according to President Aliyev's principal position:

“These projects, along with economic benefits, bring people closer and bring together cultures. Azerbaijan is also a tolerant, multicultural country in the world. Ilham Aliyev's policy is based on these factors. The head of state made 16 foreign visits during this one year. Heads of 16 states and governments have visited our country. This fact alone speaks about the state of the international relations of Azerbaijan in this year”.