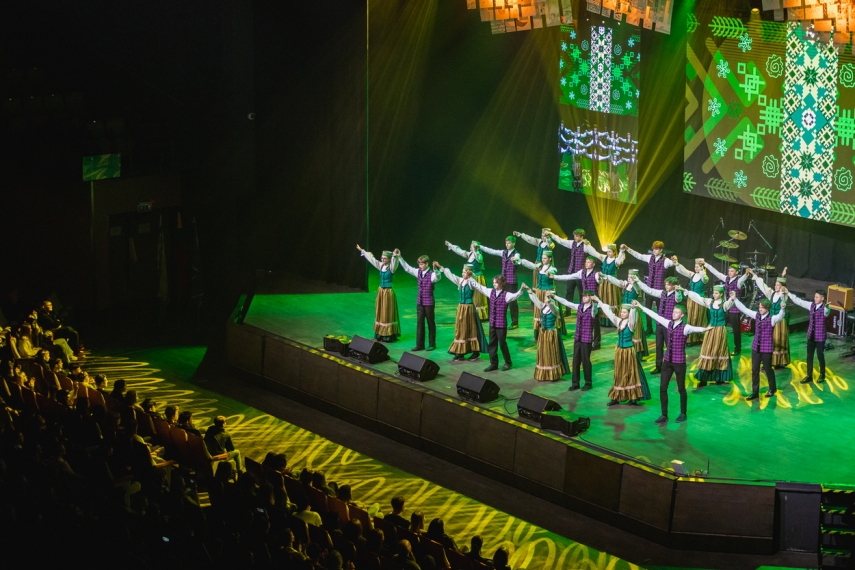 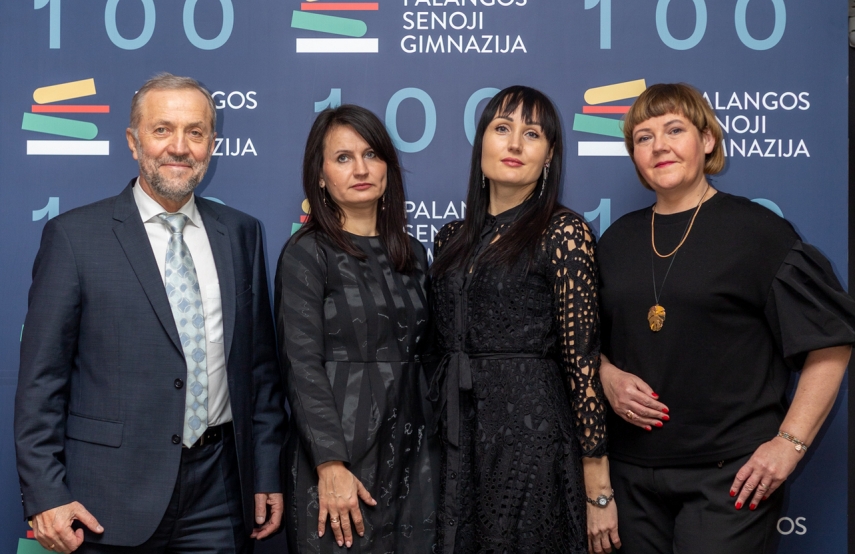 The prehistory of Palanga Senoji Gimnazija dates back to the 19th century. In 1886, Count Juozapas Tiskevicius (1835–1891) founded Palanga pro-gymnasium on the former town primary school site, where young Lithuanians gathered during the ban on the Lithuanian press and developed national self-awareness through secret organizations. During the period of Tsarist Russia, Palanga belonged to the governorate of the Curonian Spit. Although all subjects at pro-gymnasium were taught in Russian, Russification was not so fierce here. For this reason, Lithuanians brought their children here to study not only from Zemaitija , Lithuania’s ethnographic region in northwest, but also from Aukstaitija and Suvalkija, the other two major Lithuanian ethnographic regions. Many prominent members of the proclaimed independent Lithuania‘s society, political figures, and top military commanders such as Antanas Smetona, the future president of independent Lithuania, brothers  Kazimieras and  Jurgis Šauliai, as well as  Steponas Kairy studied at Palanga pro-gymnasium. All of them were signatories of the Act of Independence of Lithuania in 1918. Vladas Jurgutis, the future Governor of the Bank of Lithuania, General Vladas Nagius-Nagevicius, the founder of the Vytautas the Great War Museum, and the composer Juozas Tallat-Kelpsa were also students at the school.

Under Tsarist rule in 1913, Palanga pro-gymnasium was granted the status of a gymnasium, but after World War I, the teachers and students of the gymnasium evacuated to Russia, so the name of the gymnasium in Palanga disappeared.

After the reestablishment of Lithuania's independence, in 1921, Palanga was connected to Lithuania as a result of successful negotiations with Latvia, and the local intelligentsia came up with the idea of restoring the school in Palanga. Due to their efforts on September 15, 1922, the elementary school department of the Ministry of Education of Lithuania granted permission to establish a "secondary school with a special science subject" in Palanga. It is worth pointing out that in this school, which later became a pro-gymnasium, physics, chemistry, and biology were taught by Dr. Rapolas Pocevicius-Pocius, who had previously worked in Thomas Alva Edison's laboratory.  Jonas Ciurlionis (composer K. Ciurlionis‘ brother) and graphic designer Vytautas Jurkūnas also worked at the gymnasium.

The gymnasium was completed and operated during the 1940–1941 academic year, but due to the Soviet and Nazi occupations, the gymnasium lost many of its students and teachers. Some teachers' families were exiled to Siberia, and Jewish students, as well as their parents, were transferred to ghettos and shot during the Nazi occupation.

The current director of the gymnasium and the author of the article is the child of a family of deportees.

After the war, many gymnasium students participated in the activities of youth organizations and armed partisan resistance and, therefore, were arrested and imprisoned for a long time in Siberian camps, or died as partisans. This illustrates that the pre-and post-war gymnasium in Palanga instilled strong patriotic values in young people.

In 1961, the gymnasium was relocated to new premises, where it still operates today. During the Soviet era, the civic spirit that came from families was secretly supported at school and prevailed among the students and a significant part of the teachers of Palanga Senoji Gimnazija. Jonas Brindza, the teacher of the Lithuanian language and literature, is the most prominent figure of that period. He encouraged students to identify themselves as Lithuanians, stimulated an interest in learning, and taught them to take responsibility for their actions. The entire gymnasium period of the 1970s, 1980s, and beyond can be named for him.

Many well-known people have finished the gymnasium, including Rimvyda Valatka and Virginijus Pikturna, the signatories of Lithuania’s Independence Restoration Act in 1990, known as the March 11 Act, also Rolandas Rastauskas and Laimonas Tapinas, the writers; Vladas Zulkus and Vytautas Jonas Stauskis, the academics; Petras Gintalas, the sculptor; Stasys Povilaitis, Viktoras Malinauskas, and Jurga Seduikyte, the singers; and Asta Einikyte, the chief director of national television.

Over the past few years, Palanga Senoji Gimnazija has undergone extensive changes. Today, due to the distinctive opportunities provided for each student to develop personally, the school stands out among other Lithuanian institutions of secondary education. Today's school administration lives by the motto, "A good teacher is an asset to the school." The administration of the gymnasium shows how much they value the teachers' professionalism by providing them with modern educational resources. It is believed that only by investing in teachers and providing them with high-quality, modern educational tools can help realize their talents and competencies and achieve the desired results. A cutting-edge biotechnology laboratory has been established in the gymnasium. High-quality teaching tools and equipment are available in natural science laboratories, IT classrooms, and physical education facilities. It is also said that life is not fully fledged without art, so there are some rooms designed for students to engage in artistic endeavours. Not only are the spaces decorated with student artworks but there is also an art gallery where professional art exhibitions are displayed. The national prize winner, Rimvydas Kepezinskas, created a unique collection of portraits of Lithuanian writers that are displayed in the Lithuanian language and literature classrooms.

High-quality education, the opportunity to gain experience by participating in international and national projects, exploring the hometown and visiting other countries, working in non-traditional environments, excellent conditions for realizing learners‘ abilities in sports and creative pursuits, the opportunities to experiment, learn, research, and discover—all these attributes have become commonplace in the gymnasium which is celebrating its 100th anniversary. In addition to fostering a sense of well-being among students and a growing sense of belonging to the gymnasium, the harmony of educational subjects and real-world experiences has led to an excellent performance in the state Maturity examination session. In the last decade, 136 graduates have scored 100 points in different examinations. In the past three years, students from Palanga Senoji Gimnazija have won 40 national science Olympiads, winning six gold medals. This year, graduate Muza Svetickaite represented Lithuania in the World Geography Olympiad and won a silver medal, while our school student Tomas Jakubauskas won a bronze medal in the Baltic Geography Olympiad.

Today, Palanga Senoji Gimnazija claims that everything must be done to ensure that Lithuania does not lose a single talented child in Palanga. It is also obvious that the ultimate efforts of the school are worthless if students who experience learning difficulties are not taken care of. Today, academic achievements and educational opportunities testify that this institution is on the right path.