One-woman show about sexuality broke down all barriers in Lithuania 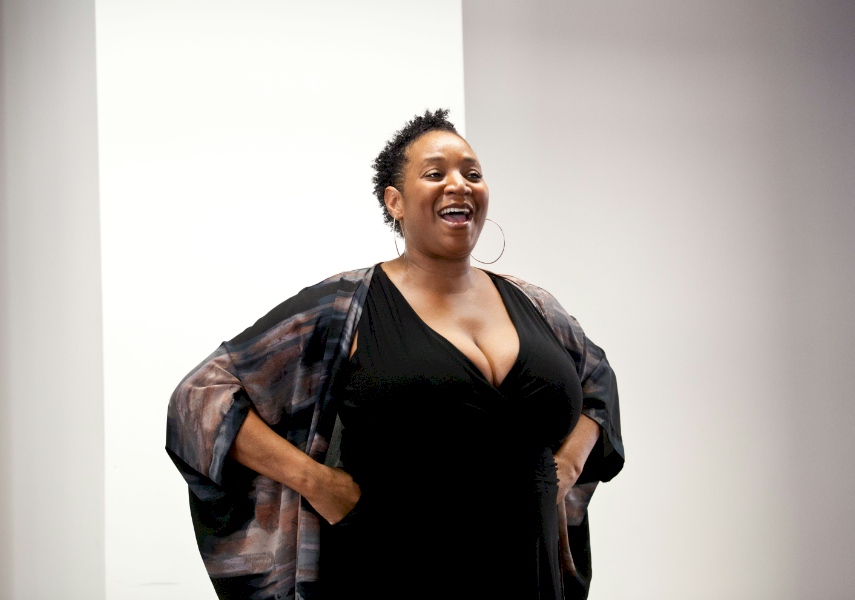 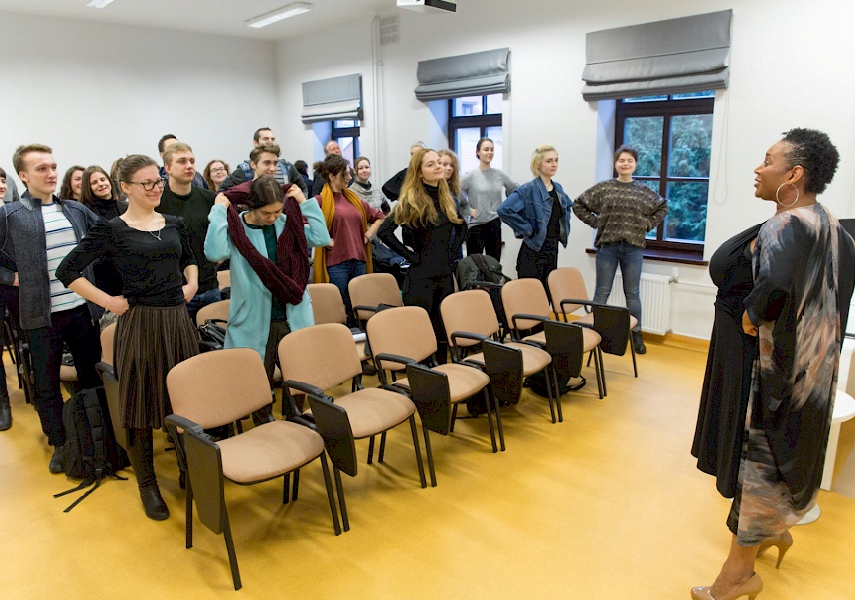 From March 7-9, on the occasion of International Women’s Day, Lithuanian audiences in Vilnius, Kaunas, and Klaipeda received a special gift: Kimleigh Smith’s one-woman show T-O-T-A-L-L-Y!, which has received many theatre awards in the US. In the show, Smith, a best-selling author, actress, and activist from the US, tells a story of her own rape and journey to healing. Smith has been successfully touring her show in the US for almost ten years. Although in Smith’s homeland, the show has garnered her a lot of praise: powerful, sexual, important, in March 2017, Smith performed T-O-T-A-L-L-Y! for the first time outside the US.

It was difficult to predict how Smith’s show would be received in Lithuania. In Lithuania, Smith had to overcome extra barriers between her and her audiences. Obviously, there was a language barrier: Smith’s performance was bursting with American slang and references to American pop culture. But more importantly, there was a cultural barrier: since in Lithuania the woman is mainly seen as an object of male desire, it is not acceptable for her to talk about her own sexuality explicitly. In Lithuania, discussion of female sexuality is seen as a male prerogative.

Whereas Smith, in her show, openly talked about her worst and her best sexual experiences: her rape and her very first grown up lover respectively. Interestingly, of the two, Lithuanian audiences were more shocked by the latter than the former. ‘Weren’t you afraid to talk so openly about how much you enjoyed taking on a lover?’, asked a woman from the audience during the after-show discussion in Klaipeda. Smith replied without skipping a beat, ‘I think our society is over-sexualized. Kids know what sex is or even do it as early as at the age of ten. It makes me sad, because it devaluates sex. Sex is one of the most amazing experiences that two people can share. We shouldn’t treat it as if it means nothing. We should treat it as the greatest gift that we can give to each other. That’s the point that I’m trying to make in my show’.

Lithuanians were liberated to tears

The joy of sharing was the main theme of Smith’s lectures at Lithuanian universities. ‘When I was raped, I thought of myself as damaged goods’, Smith confessed in her speeches to Lithuanian students, ‘I didn’t think I was worthy of love. I let my rape define me. It was my dark secret that had full control over me. But, as soon as I started talking about my rape openly, it lost its power over me and I regained control of my life’. It was incredible to witness how Smith’s fearless openness liberated everyone in her audiences. After her lectures and shows, people would wait in line not to take a picture or ask for an autograph, but to get a hug. All Smith’s shows were received with standing ovations in Lithuania. Many students left Smith’s lectures with tears streaming down their cheeks. Even the seasoned professional, who interpreted for Smith during the after-show discussion in Klaipeda, could not say a word for the first few moments of the talkback, because she could not hold back her tears. But these were not tears of pity or sorrow. Having met Smith, people cried in joy and gratitude for the realization that they were not alone in their sufferings and struggles, that even the greatest darkness in life hid a light of hope.

Talking about sexuality can be tasteful and non-vulgar

Although many audience members did not hide the reservations they had coming to the show, they could not imagine how the topic of sexuality could be made tasteful and non-vulgar.  Smith’s performance was living proof that true openness, ingenuity, and appreciation of absolutely all aspects of humanity can break down all the barriers, be they cultural, linguistic or personal.
Yes, women get raped, abused, and mistreated. Unfortunately, it is our reality. And it is definitely not the most pleasant thing to talk about. But, Smith’s show revealed that by preventing ourselves from talking about the bad, we do not give ourselves permission to talk about the good: the women who, like Smith, went through hell only to learn how to ‘take flight, help others take flight, and live their life like it’s golden’. Wouldn’t it be to everybody’s benefit if we took at least a day in every year, the International Women’s Day, for example, to recognize, celebrate, and learn from such women?