Official: Leading role of US in defending Baltic Sea region is certain 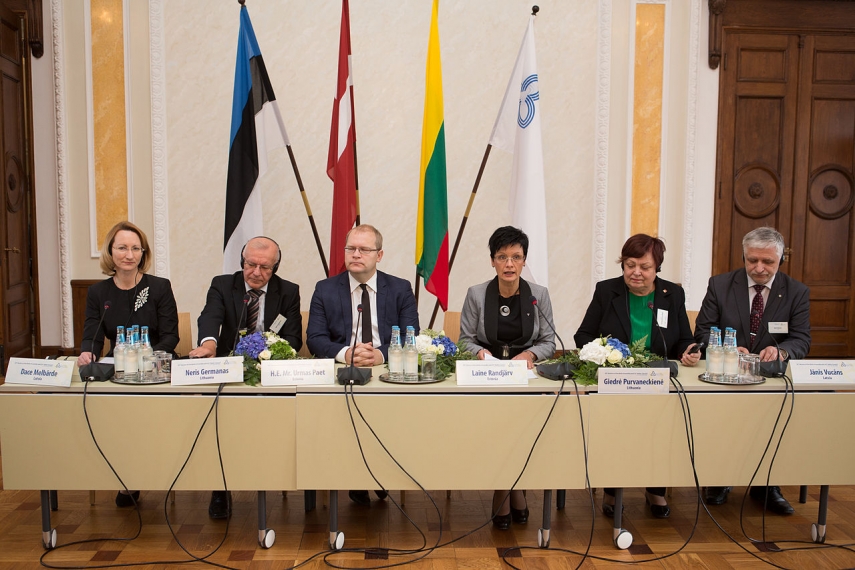 TALLINN – The leading role of the U.S. in NATO and the Baltic Sea region is certain, secretary general of the Estonian Defense Ministry, Jonatan Vseviov, said after his meeting with U.S. Deputy Secretary of Defense Robert Work.

"The U.S. has just revealed its 2018 defense budget which includes 4.7 billion dollars for meant for strengthening European security," Vseviov was quoted by spokespeople as saying. "This is 1.3 billion dollars more than in 2017 which shows the importance of NATO and the Baltic Sea region to the U.S.," he added.

"We discussed the security situation in the Baltic Sea region without colleagues and we had a complete understanding regarding that," Vseviov said. "We also exchanged information about the upcoming Russian regional exercise Zapad," he added.

The meeting of secretary generals of U.S., Nordic and Baltic Defense Ministries took place at the Marine Corps Base Camp Lejeune in North Carolina where the guests also saw a demonstration of the military capability of the U.S. Marine Corps.