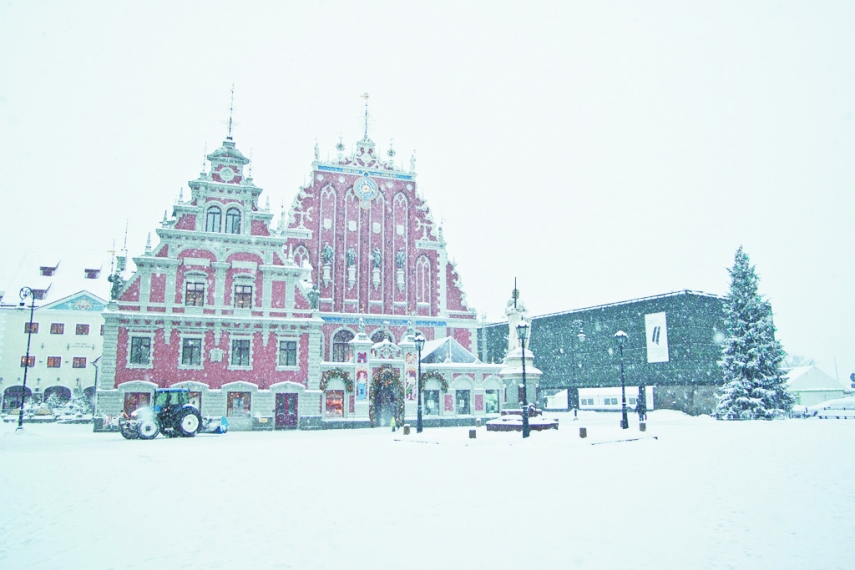 RIGA - In previous years Russian tourists have flocked to Riga at this time of year. But with the West’s ongoing standoff with Russia, far fewer Russians will be prepared to make the journey for the Christmas period.
With the instability of the Russian rouble looking set to continue, the number of Russian tourists in Latvia could decline up to 50 percent during the Christmas and New Year holidays, according to Latvian travel agents
And the number of holiday reservations made by Russians at several travel agencies has reached only 20 percent of last year’s figure.

Several others that profited only from the Russian market have ceased operations entirely.
Forecasts indicate that the number of Russian tourists in Christmas and New Year could be 30-50 percent lower than in 2013, as the President of the Association of Latvian Travel Agents and Operators, Kitija Gitendorfa informed LETA news agency.

She indicates that due to the shaky rouble, the number of holiday reservations made by Russians have significantly decreased. However, travel agencies still hope that Russia’s political and economic situation will improve by Christmas and New Year.
She explained that a lot of tourists have preferred to delay their reservations, waiting for a more favorable situation.
She stressed that the Russian market is highly important to the tourism industry, as Christmas and New Year usually attracts Russian tourists to Latvia in their droves..

Meanwhile the CEO of Latvian restaurant chain Rita Auzina, in an interview with LETA news agency said the decline in Russian customers was “rather” evident, declining to offer statistics.
“The number of tourists from Russia has slightly decreased. However, we will be able to comment on the trend after Christmas and New Year’s Eve, when the influx usually increases in Riga,” Auzina said.
She also indicated that traditionally, Russian tourists choose Latvia as their travel destination during the winter holidays, May holidays, as well as in July and August.

When asked about the Russian pop music festival “New Wave’s” departure from Jurmala, Auzina admitted that this has caused a “slight fuss.”. Auzina expressed hope that the absence of “New Wave” will be a temporary
setback.