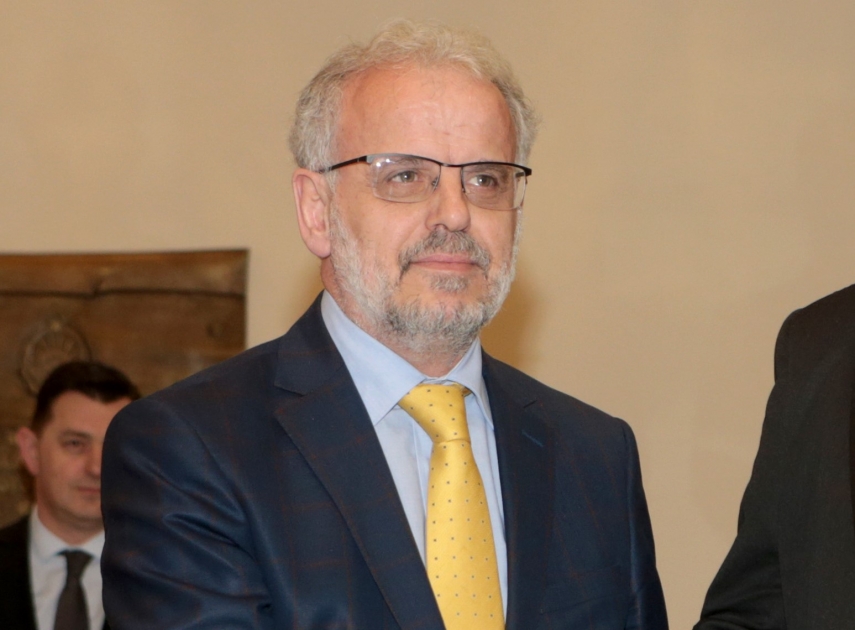 VILNIUS – Talat Xhaferi, president of the Assembly of North Macedonia, on Thursday thanked Lithuania for ratifying the Accession Protocol of the Republic of North Macedonia to the North Atlantic Treaty, saying that the Balkan region will become safer once the country joins NATO.

"NATO membership has strategic importance and significantly contributes to regional and international stability," he told a joint press conference with Speaker of the Lithuanian Seimas Viktoras Prackietis on Thursday. "The region will be more secure and safer."

Asked about the country's capability to send troops to NATO missions in Lithuania, Xhaferi noted that it has taken part in NATO mission in Afghanistan, Iraq and elsewhere, despite not being a NATO member.

"We are aware of the obligations which arise from full-fledged membership. (...) If there is a necessity, we will be side by side to all state members of NATO," the president of the Assembly of North Macedonia said.

Neighboring Montenegro joined NATO almost two years ago, with NATO expansion in the region is seen as a goal to step up its influence in Western Balkans, a region Russia, resisting the Alliance's expansion, has long had influence on.