Norman Logistics Sp.zo.o.: The stable economic growth continues in Poland. And it will continue 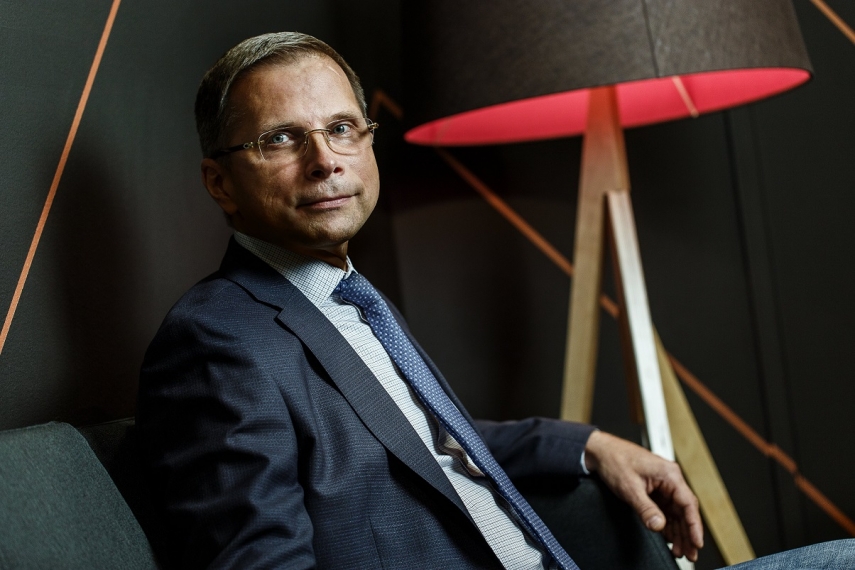 Experts of economics and public opinion of neighbouring countries already for a longer period perceives the economic growth of Poland like something more than just a trivial, global conjuncture created short-term "success story". This growth, obviously, has the scale of new Wirtschaftswunder*. The achieved economic indicators and forecast for the nearest future shows that the development is not going to stop.

This year the unemployment in Poland reached the lowest level for 28 years – however, the pleasant news for nation and politicians is at the same time also "the red light", the alert for businessmen. Like in other Eastern European countries, here the amount of human resources becomes less and less, because specialists and workers find better paid job "in the old Europe". Therefore business and the State find solution in recruiting employees in post-U.S.S.R. countries.

Rolands Petersons (Pētersons) (Latvia), member of the board of Norman Logistics Sp.zo.o expresses his expert’s view on the economic growth of Poland.

Briefly on the economy of Poland

The economic growth of the State during the first quarter of this year was relatively successful, irrespective of the slowdown of its increase rate in comparison to the preceding quarter. The decrease of the consumers’ activity in the country is proved by an insignificant increase of unemployment level, as well as the decrease of the price of consumables. However, such recession factors are being compensated in the economy of Poland and covered by booming construction and industrial sectors, as well as the general confidence of business circles in the growth in the nearest future.

The public administration policy is also being evaluated positively that makes entrepreneurs and all society feels discipline and safety – ignoring criticism expressed in Brussels regarding "centralization of power". In April the parliament of Poland approved the new social policy in relation to services for children and the funding available for such services, as well as made public the plans for the reform of pension system. By implementing these plans, the  government anticipates that the expected result will keep the fiscal discipline of Poland in the strict framework, thus limiting the budget deficit.

The development will continue, although it will slow down

Irrespective of present global processes - competition regarding the division of market and customs tariffs games that will slow down the economic development of countries globally, the forecast for the economic growth of Poland is still positive, even safe. It is also in spite of the fact that Germany, the main trading partner of this country, will face the slowdown of the rate of economic growth.

The economic growth of Poland will be facilitated by several factors that could be clearly assessed.

First, the dynamic labour market of Poland that experiences the lowest unemployment level for the last 28 years. The second factor supporting economy is the stable financial flow towards Poland – the country continues to receive the finances of the European Union funds, and they are significantly increased by money transferred home by the Poles who work abroad.

The decrease of the unemployment will cause a certain adverse reaction – because of the lack of labour force, the enterprises of Poland will need new solutions and stimuli for the attraction of necessary personnel. This problem will be primary dealt with by raising salaries that might affect the increase of inflation in the country. Therefore, according to the experts of International Monetary Fund (IMF), the gross domestic product (GDP) of Poland, will increase this year up to 3.8%.

A bit more optimistic indicator is shown by Organisation for Economic Co-operation and Development (OECD) that foresees that the GDP of Poland will have increase by 4% in comparison to the previous year. According to the opinions of OECD experts, it is anticipated that the economic growth of Poland will be based mainly on the national internal demand – the increase of population’s consumption will be facilitated by the increase of salaries, as well as the inflow of the European Union structural funds and low rates for the financing of the purchase of immovable properties.

Historically the lowest unemployment level during last 28 years has become a burden for the labour market of Poland. The number of vacancies increases, but these vacancies cannot be quickly filled in with suitable employees. This makes entrepreneurs to find employees in other ways: by attracting employees from other EU Member States, which means also ensuring the equivalent remuneration, or by finding specialists and employees in the nearest countries outside the EU.

The best country for this purpose – with a significant, motivated and mobile human resource reserve – is Ukraine. The country since 2014 faces economically difficult situation that was encouraged by the change of political power, annexation of Crimea by Russia and the military conflict in the east of the country. Poverty and uncertainty about future makes thousands of people to leave their homeland in order to find means of subsistence and welfare abroad, and their prior goal is the European Union. Poland uses this situation very efficiently. The Bureau of National Central Statistics shows that only in 2017 Poland had issued 683 thousands of temporary residence permits to the citizens of non-member states; 86% out of them were received by citizens of Ukraine.

However, very soon this situation also may change for the entrepreneurs of Poland, and not for the better. The migrant workers from Ukraine who are “modest in their demands” will find opportunities to work also in other places in the European Union. Primarily, in Germany, the neighbouring country of Poland, which, according to migrants’ point of view is more prosperous and prestige. There were new immigration regulations adopted there that makes it easier for the citizens of non-member countries to participate in the greater economy in the European Union by granting them also the social guarantees. When the Ukrainian labour force “will beat a wider path” for itself in order to go  further to the west of the EU, the situation in the labour market of Poland will become even more under pressure. This will certainly make the government to take new “welcoming” decisions facilitating the residing and working of the citizens of non-member states at the enterprises of Poland. This will mean also the increase of salaries, thus affecting the inflation indicators of Poland – however, at present they are minimal, only within the limits of 0.6%.

At present the main economic indicators are favourable for further development of Poland, there are also no “black swans” – the indications of immediate and drastic change of situation for worse - observed. The government of Poland adequately reacts to the processes in the country and is able to regulate economy not only by making amendments to the legislation, but also by controlling the flow of internal and external funding. The population also, when receiving pay or dividends, feel the increase of monthly income – this enables them to invest a part of their money into business and their welfare or to spend it immediately, thus continuing to warm the economy. Therefore all forecasts are optimistic, and the Poles themselves live with a positive point of view regarding their nearest future –  they do not allow themselves to become pessimistic on the present processes taking place in the global economy.

* “Economic miracle” (German) – designation of the fast, large-scale and long-term economic growth of the western part of Germany destroyed during war