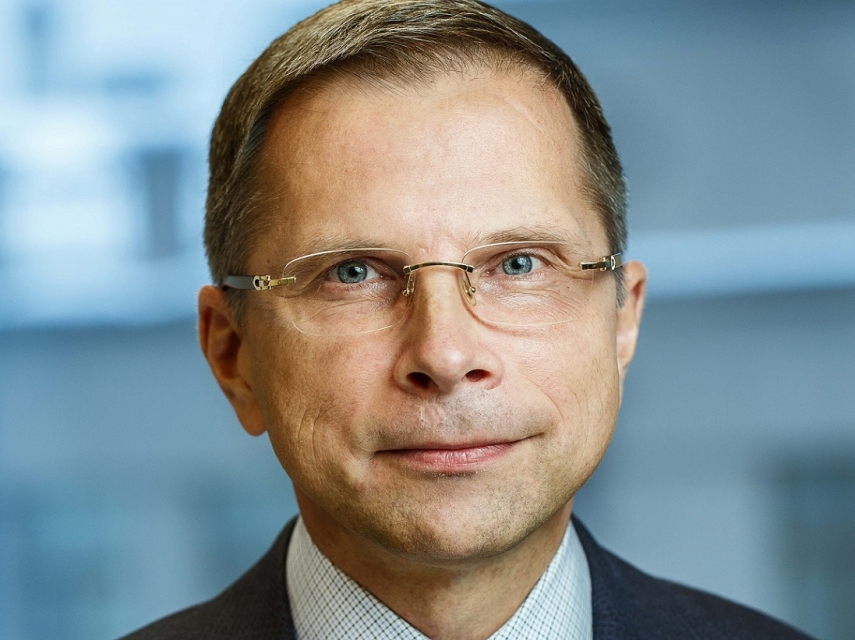 Photo: Rolands Petersons (Latvia), Member of the Board of Norman Logistics GmbH

The most powerful European economy, widely acknowledged EU advancement “engine”, this year experiences insignificant, rather ill-wishers deliberately “exaggerated” reputation problems. They were caused by slower increase of GDP last year and already repeatedly carried out auditing of the forecast of economic growth this year.

Like in sport – if you are a leader, nothing is being forgiven. At the beginning of the year there was an impression that more serious and already chronic problems of Italy and Greece were pushed aside in the minds of many European politicians and economists, in order to scare enthusiastically the public with the hypothetic consequences of the “recession” phantom of Germany that all European Union would need to face.

The inciting of groundless panic started, when in the previous year there was calculated “only” 1.4% result for this economy that in 2016 and 2017 increased by 2.2%. For this year the authoritative experts – International Monetary Fund, the Ifo Institute for Economic Research, “Bundesbank” – and the government of Germany itself anticipate only 0.5-0.8% increased of GDP. But for the year 2020 – 1.5%.

Andris Strazds, the economist of the Bank of Latvia (the central bank), is also very cautious, when answering to the local mass media; he was even sceptic about the possibility of German economy to show the solid growth. He points out that the manufacturing industry, which is important for it, following the growth in March, in April again had 1.9% decline in comparison to March. A great deal is determined by processes just in the automotive industry of Germany, which lately is facing, for instance, the difficulty to adapt to new environmental standard. In the USA luxury automotive market the German automotive manufacturers during the last years are more and more pushed aside by electric vehicle manufacturer Tesla, but in the global hybrid car market the automotive manufacturers from Japan have taken good places.

Strazds refers to the research carried out by International Monetary Fund and published in June, where the authors indicate: two thirds of the value of the automotive export of Germany have been created in Germany, but the rest one third is imported from other countries – mostly from Europe. For example, the manufacturing industry in such countries as the Czech Republic and Slovakia significantly depends on the German automotive industry – these countries would be also affected by, for example, the possible USA customs tariffs on imports for the vehicles manufactured in the EU, assumes the economist of the Bank of Latvia.

So – the roots of problem are generally known, and they have clearly external origin, not the mistakes made by Germany itself: uncertainty caused by “Brexit”, trade wars started by the USA, the disagreements between the EU and China. This all puts on the brake the German export. However, in spite of all that, the business environment “disciplined” by state and the national policy of Angela Merkel’s cabinet are able to continue the ongoing growth of its economy already for the tenth year. Therefore the government can surely forecast that the unemployment in Germany this year will decrease down to 4.9% (5.2% in the previous year), but the income of population will increase by 4.8% – thus promising the consumption increase.

Even more – the favourable influence of the EU “engine” is clearly noticeable in the neighbouring countries, still serving for them both as a source of investments and technologies, and a commodity market, and an example in business ethics and economic policy.  And also, like in my case, a successful place for the enlargement of own business or its commencement at all.

May be this can’t be so explicitly noticeable in the countries that already traditionally, during the times of “iron curtain” and even earlier, have been the economic partners of Germany – Austria (+2.7% increase of GDP in 2018), Denmark (+1.1%*), Switzerland (+2.5%). In return, this could be very explicitly seen in the eastern part of Central Europe – the economy of Poland, thanks to powerful export, in the first quarter of this year (in comparison to the respective period of 2018) increased by 4.6%; the economy of the Czech Republic – by 2.5%, the economy of Hungary – by 5.3%.

The ability of Germany to create the “belt” for the increase of prosperity and welfare stabilizes and develops also its national economy. It would be excellent, if this “belt” would broaden even farther – go deeper in both the Baltic States and Balkan. However, the direct neighbours’ abilities “to absorb” the favourable effect of German influence will be hardly soon exhausted, in order the farther seekers would get something more tangible.

Unfortunately, the bitter memories of past and their exploitation in politics hinder to evaluate objectively and even to recognize this process which is beneficial for all engaged. Of course, the partner countries themselves do not put this on the brake in any way; however, periodically in Warsaw or in Prague, especially during the domestic policy crises, may be heard politicized exaggerated reminders about the wartime sins of Germany and Drang nach Osten, on the demonstrators’ posters or in the mass media we can see Merkel’s face with small moustache drawn.

Therefore the key to the economic achievements of Poland or the Czech Republic is looked for only in national solutions (for example, in preserving own currency), instead of the obvious and undeniable business “collaboration” with Germany. For the people from Eastern Europe this country is a very attractive role model and pleasant collaboration partner – we are just too shy to admit that to us, “old Europe” and Germans.

* Bloomberg, the data of other countries – RTTNEWS

Norman Logistics GmbH is based in Dortmund, Germany. This company operates in Europe and also in many other major logistics centers in the world. The core business is a cargo brokerage, mainly marine cargo. Norman Logistics customers are significant EU companies which his production transport throughout marine cargo. And service providers are medium or large shipping companies. The mission of Norman Logistics is convenient logistics and one point service for the same price, individual and best quality approach.