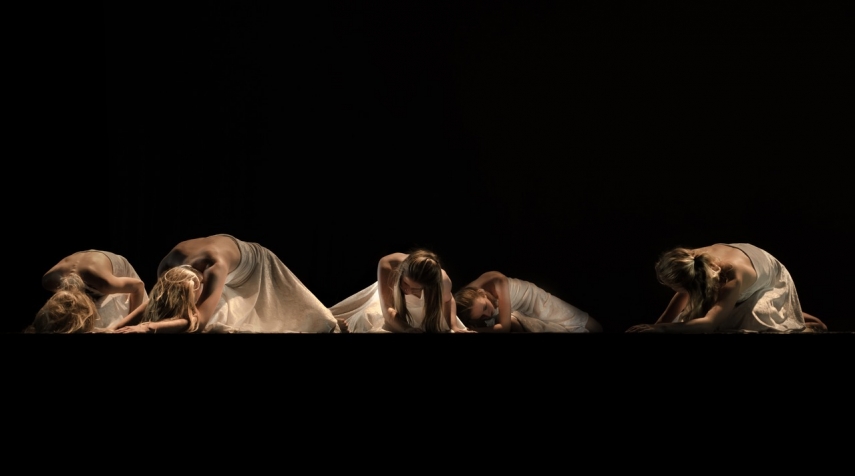 Nordecon is about to complete the construction works on Ugala Theatre. The renovation works of the building have reached the stage in which the theater may start moving in and rehearsing for the opening on 18 March. Last week, Nordecon handed the keys to the building over to the head of the theater.

“The construction works on the building of Ugala Theatre have been going on at a mad pace for several months now and the cooperation between all parties has been very good. Our good partners and ourselves have done out best and thereby ensured to the contracting authority, Riigi Kinnisvara AS, meeting of the contractual interim deadline. The theater can start moving in to prepare for the opening and premiere on the 18th of March,” said Erkki Suurorg, Board Member of Nordecon AS. “Reconstruction of an existing building is always much more work-extensive than the construction of a new one. Our cooperation with the architects, heads of the theater, Riigi Kinnisvara AS, and the direct contractors of the contracting authority has been very good and constructive; together, we have found solutions in all unexpected situations.”

“The red brick building of Ugala, one of the symbols of Viljandi, has been given a refurbished façade. All utility systems were modernized: from the heating, ventilation, and electricity systems to the stage technology and the extremely complicated automation for controlling the technology,” said Erkki Suurorg. “Thanks to the creativity of the architects, who have found a way to use the existing space to the maximum extent possible, the theater has gained new room for playacting as well as for support facilities. According to the agreement, Nordecon will continue to perform smaller follow-up and adjustment works in the building and will finish cleaning up the outdoor areas in spring, which won’t prevent opening the theater.”

Nordecon Group (www.nordecon.com) includes companies, which are focussed on project management and general contracting services in the field of construction of buildings and structures. Geographically, the companies of the group are operating in Estonia, Ukraine, Finland, and Sweden. The group’s parent company, Nordecon AS, is registered and located in Tallinn, Estonia. In addition to the parent company, the group includes more than 10 subsidiaries. The consolidated, unaudited sales revenue of 2016 of the group amounted to 183.3 million euros. Nordecon Group employs approximately 700 people today. The parent company has been listed in the main list of Nasdaq Tallinn Stock Exchange since 18 May 2006.