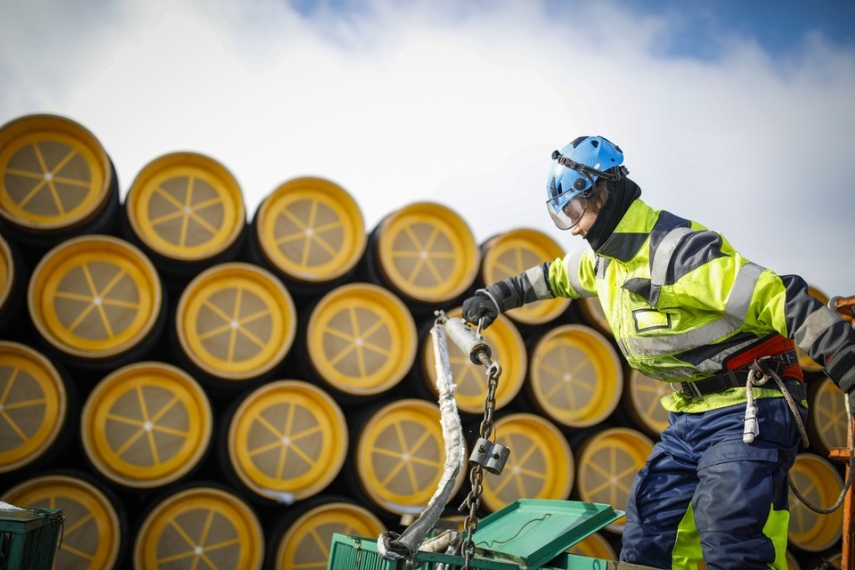 While participating in a roundtable of an energy security conference organized by the Munich Security Conference and the ONS (Offshore Northern Seas Foundation) in Stavanger, Norway, Rinkevics expressed concern about the Nord Stream 2 project, which threatens to increase dependence on one dominant supplier and delivery route, which is contrary to the principles of the Energy Union (EU), LETA was told at the Latvian Foreign Ministry.

Rinkevics argued that the only way to address these issues at the EU level was to support the diversification of energy supply sources and develop the EU's internal energy market. Moreover, energy is not only a matter for European security but also a question of transatlantic relations. Nord Stream 2 can become one of the collision points in the transatlantic relationship.

At the same time, Rinkevics indicated that Latvia and the other Baltic States had done much to integrate into the EU energy market, which means that the Baltic States can no longer be regarded as "energy islands".

The minister said that Latvia had made significant efforts to reduce the dependence on one supplier. During the Latvian Presidency of the EU, work was started on the creation of the Energy Union and much ground has been covered over these years to improve the EU's internal energy market and promote energy security, the Minister said. However, there are still issues on which the EU must continue to work hard. It is essential that the security aspect assumes an increasingly important role in the energy sector, Rinkevics said.

Once every two years, the Munich Security Conference and the ONS organize a conference on energy security challenges and energy markets, assessing both geopolitical and industry perspectives. It brings together high-level professionals, politicians and representatives of international organizations.

If built, the 1,200-kilometre Nord Stream 2 pipeline, which is scheduled for completion in 2019, will supply around 55 billion cubic meters of natural gas a year from Russia to Germany under the Baltic Sea, circumventing Poland, the Baltic states and Ukraine.

The project is expected to cost an estimated EUR 10 billion.

Eastern European countries and the United States object to this project. In March this year, the parliament speakers of the Baltic states and Poland warned in a joint letter that the Nord Stream 2 pipeline is the Kremlin’s political instrument increasing Europe’s dependency on Russia.