Next board of For! has to take decision on movement’s future development - Pavluts 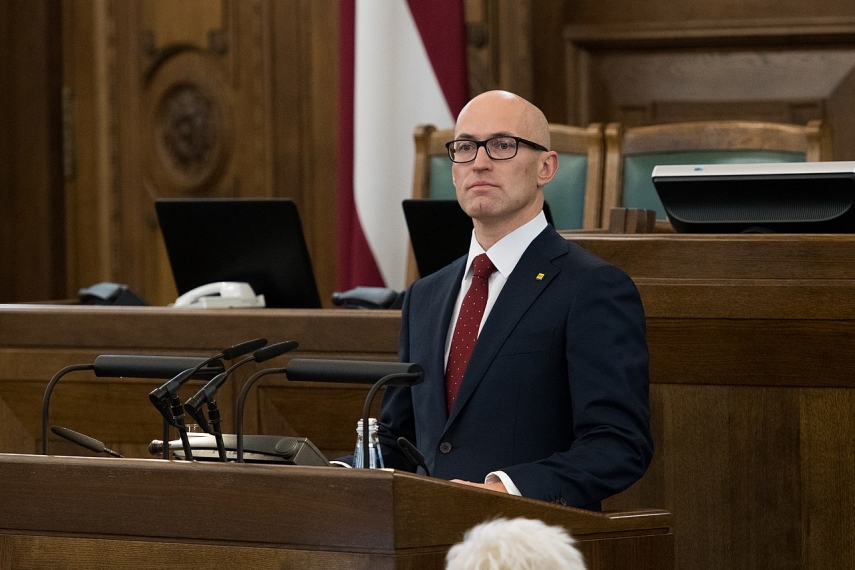 RIGA - The next board of For! will have to take a significant decision about the political movement’s future as the choice is between remaining an NGO-type club of like-minded people and evolving into a substantial political force in Latvia, For! chairman Daniels Pavluts said at the party’s congress today.

Pavluts said that over the past couple of years For! has developed into a party playing a significant role in Latvian politics.

Together with its partners For Development of Latvia and For Growth the party has launched a regional reform plan intended to provide equal opportunities to all residents of Latvia regardless of their place of residence. Work is also underway on the health system’s reform, envisaging a substantial increase of health funding in the future. Next week, For! plans to come up with draft legislation providing civil partnership regulation ensuring an equal treatment of all couples.

Stressing that For! wants every resident of Latvia to have the sense of belonging, Pavluts voiced support for the legislative initiative to grant Latvian citizenship to all up to 15-years-old children of Latvia’s non-citizens.

“We want equal and fair rules for everyone in Latvia,” Pavluts said, adding that For! has evolved into a prominent player in Latvian politics and now has to consider its future options.

The party’s charter has to be amended to prepare for the next local elections Latvia is scheduled to hold in two years’ time, Pavluts said.

The dilemma for the party, he said, is between developing in its existing format and admitting a large number of new members who could ensure development in all Latvia through local elections.

The movement For! has to mature as a party and move ahead as a strong political force, Pavluts said.

As reported, the movement For! is holding a congress in Riga today, with delegates expected to elect a new board and amend the party’s charter providing for the establishment of the party’s regional sections.