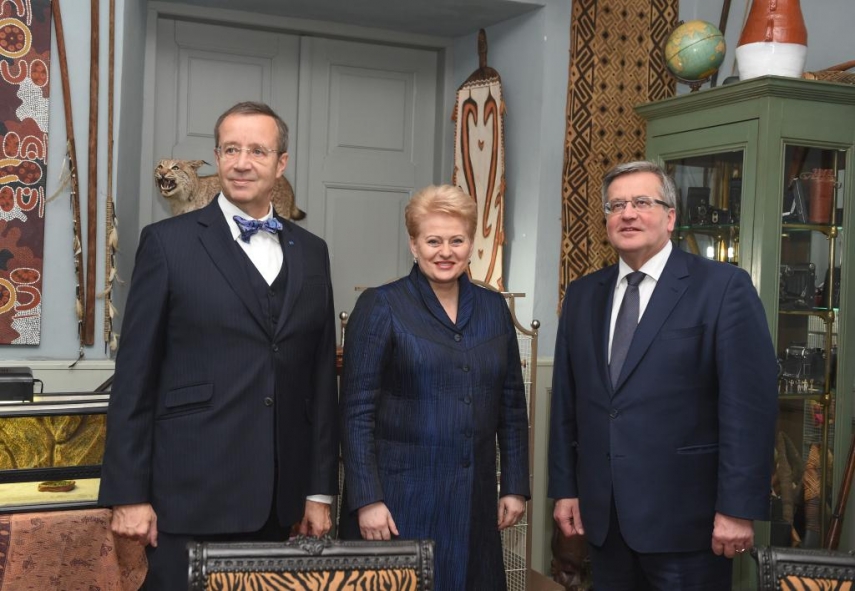 Poland and the Baltic states Presidents have vowed to counter Russian propaganda at a joint meeting in Tallinn, Estonia on Tuesday

"Our countries have a shared goal - secure and economically strong region. We will only achieve this goal by standing together in the implementation of long-term collective defense measures and strategic projects aimed at ensuring the region's energy self-sufficiency," Grybauskaite said.

This last summer, the NATO Strategic Communications Center of Excellence was opened in Latvia. Lithuania and Estonia actively engaged in the center's work.

Meanwhile, the four presidents reviewed the implementation of decisions adopted at the NATO Summit in Wales, as well as energy, information, and cyber security issues in the region.

Estonia's President Toomas Hendrik Ilves thanked Lithuania for its contribution to enhancing energy security of the whole region. The Klaipeda LNG terminal coming into operation this year will be able to cover even 90 percent of the three Baltic States' gas supply needs, if necessary.

President Grybauskaite underlined that it was important to continue other strategic energy projects: complete power interconnections with Sweden and Poland, synchronize successfully the Baltic power system with European networks, improve the permeability of the existing internal gas links, and liberalize the gas market to enable Lithuania's and Estonia's access to the unique underground gas storage facility in Incukalns, Latvia.

"The endless military exercises, transferring aircraft capable of carrying nuclear arms to the Baltic states. This reality is extremely negative."

Riga named among hipster capitals in the world